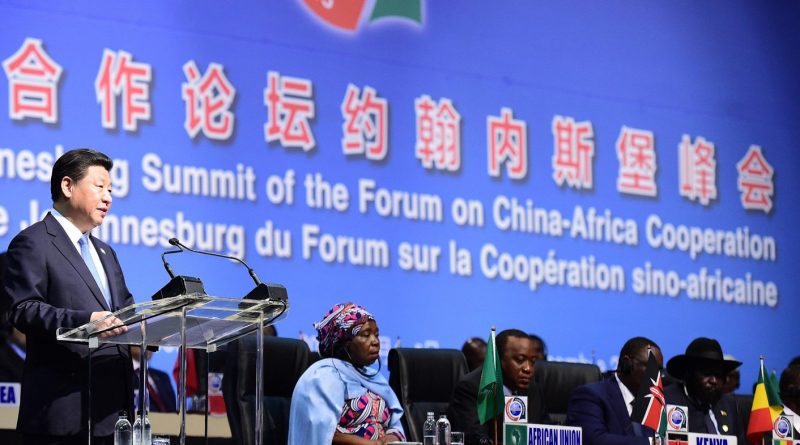 Africa has seen striking development thanks to China – but at what cost?

Africa has long been a battleground for global influence. From the age of imperialism to the Cold War, foreign powers have tried various methods to assert their dominance over the continent. In the recent decades of prosperity, China has emerged as the newest power to make its forays into Africa.

Africa had long been dominated by Western interests before China became involved. China’s early efforts in Africa began during the early Cold War. As a Communist nation, economic support was directed to friendly governments and left-wing movements. Their efforts to win over African governments were successful: China’s 1971 replacement of Taiwan in the United Nations was in part due to African support in the form of UN votes.

Chinese interest in Africa eventually waned as it turned to the West after reforms that beganin 1978. However, relations with the West soured as China slid towards autocracy after the suppression of protesters in the infamous Tiananmen Square Incident of 1989. China sought to broaden its diplomatic horizons by re-establishing ties with African nations through official visits and economic aid. Though the majority of support and trade for Africa still came from the West, these moves set the stage for greater Chinese action.

Recently, the Chinese influence in Africa has been largely economic. A main motivator for China, as for many nations that previously ventured into Africa, is the wealth of natural resources the continent has to offer, something especially useful for an industrial behemoth like China. China’s trade with sub-Saharan Africa amounted to over US$120 billion in 2018, second only to the European Union.

More importantly, however, is Chinese investment in Africa. Sometimes, the Chinese government takes a minimal role and encourages private companies to set up factories and shops in African nations. Other times, the government takes a more active stance. Billions of dollars, in the form of low-cost loans, are pledged by the Chinese government towards infrastructure projects of an unprecedented scale, such as the 500km-long Nairobi-Mombasa railroad in the East African nation of Kenya. The US$3.2 billion project spurred economic growth by connecting the two largest cities in Kenya. The Kenyan government fielded 10% of the cost, while the other 90% of it was funded via loan from China’s Exim Bank.

China’s ambitions in Africa aren’t simply economic, however. In 2017, after years of contributing thousands of troops to UN peacekeeping missions in the region, China completed the construction of its first overseas military base in Djibouti. It serves as a base of operations for China’s navy which performs counter-piracy activities around Djibouti’s waters, a busy corridor for Chinese merchant shipping.

Though Chinese investment has indeed spurred economic growth, many question its side effects. A major issue is China’s policy of silence on the human rights records and on the corruption of the nations it invests in. Western nations require African countries to develop democratic governance to receive aid. China has not made that a condition; in return, African governments, even democratic ones, remain silent on China’s similarly murky human rights record. Critics contend that any meaningful long-term change in Africa cannot simply be economic but must also include a transition to a responsible and democratic government, which China is not initiating.

Similarly, China has been accused of using investment to “buy” votes in the United Nations; it invests far more money into countries that vote for it in the UN than countries that do not. In 2007, African votes were instrumental in electing China’s Margaret Chan to Director General of the World Health Organisation.

Finally, China’s practice of loaning huge amounts of money to African nations have raised suspicions of debt entrapment by China. China could use debt as leverage on African countries to extract concessions, which is worrying especially because the terms of Chinese loans are often secret. When Sri Lanka couldn’t afford to pay China back for its port, it was forced to lease the port to China for 99 years. A similar situation could happen in countries like Kenya if they fail to pay China back.

As China’s influence in Africa becomes ever-higher, other nations are ramping up their efforts as well. The European Union announced €40 billion in grants from 2021 to 2027, while even the increasingly-isolationist United States doubled the capacity of its Overseas Private Investment Corporation to US$60 billion. None of this would have happened had China not invested in the first place. A new race to invest in Africa could even be beneficial, but the continent’s nations will need to be vigilant to avoid the ever-present threat of foreign control.

“Africa Is Attracting Ever More Interest from Powers Elsewhere.” The Economist, Mar. 2019. The Economist, https://www.economist.com/briefing/2019/03/07/africa-is-attracting-ever-more-interest-from-powers-elsewhere.

Africa, The Conversation. “How US Aid to Africa Has Changed in the Wake of China’s Growing Influence.” HuffPost, 29 Apr. 2016, https://www.huffingtonpost.com/the-conversation-africa/how-us-aid-to-africa-has_b_9803626.html.