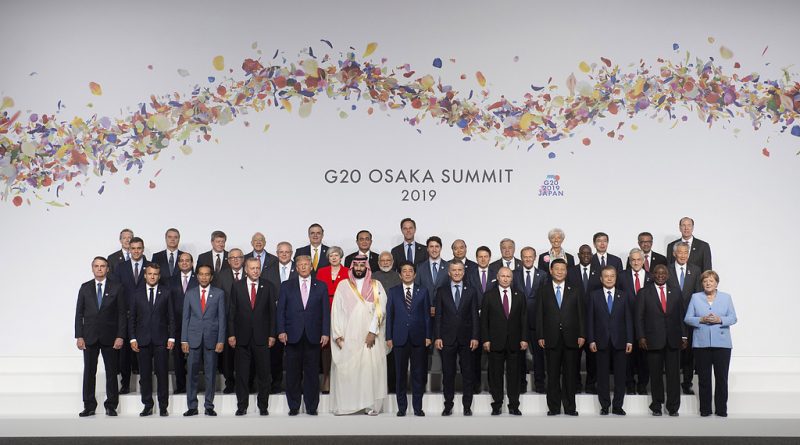 Trade tops the agenda with global security close behind

On June 28th and 29th, dozens of the world’s most prominent leaders gathered in Osaka, Japan for the 14th annual G20 leaders’ meeting. Diverse topics included tackling climate change and global security, but global trade took the top spot on this year’s agenda.

The G20, or Group of 20, includes 19 of the world’s strongest economies and the European Union and represents 85% of global GDP. Founded in 1999 as an annual discussion forum between central bank heads and finance ministers, its goals were mainly to promote international financial stability and sustainable growth. After the 2008 financial crisis, however, the G20 evolved and became an annual world leader summit with a diverse range of topics.

Mixed progress was made on the goal of international free trade. Proposed reforms to the World Trade Organisation, a supposedly crucial but often ineffectual arbiter in trade disputes, failed due to a lack of agreement between members. Some progress was made on the resolution of the U.S.-India trade war, where both President Trump and President Modi agreed to resume discussions.

For over a year, the bitter U.S.-China trade war has seen $250 billion of U.S. tariffs on Chinese goods and $110 billion in tariffs from the Chinese government. All eyes were on bilateral talks between Presidents Trump and Xi in hopes that progress would be made on normalizing trade relations.

The outcome was a pause, but not a de-escalation, in the trade war. Trump dropped his threat to put tariffs on all $539 billion worth of imports from China, but did not eliminate existing ones. However, Trump did announce that U.S. firms were free to continue selling parts to Chinese technology giant Huawei, a direct reversal of his May order to cut off all sales to the company due to national security concerns. The lifting of the ban is regarded as a major concession to China, but both parties still need to bridge wide differences like Chinese intellectual property theft and Chinese subsidization of industries before coming to an agreement.

Presidents Trump and Putin had a seemingly friendly meeting at the summit. Trump, often criticised for close relations with Russia, jokingly told Putin “don’t meddle in the election” in a public meeting. Reporters, however, were left in the dark about Trump’s private meeting with Putin. Discussion topics could have included U.S. and Russian animosity in Syria, Ukraine, or Iran. Trump did reveal, however, his plans for an ambitious U.S.-Russian arms limitation deal which could even involve China to replace the Obama-era New START Treaty, though some call it unfeasible.

With regards to the Turkish acquisition of the S-400 missile defence system from Russia, President Trump alleviated Turkish fears by stating that the U.S. would not impose previously-threatened sanctions on Turkey if the delivery was completed. The earliest units of the S-400 system are slated for delivery from Russia to Turkey within ten days and, if installed, could severely compromise U.S. F-35 fighter jets in the region and would mark closer ties between Turkey and Russia.

G20 nations account for 84% of worldwide fossil fuel emissions, but common ground was not found on climate change. At the heart of the issue was the universal adoption of the Paris Climate Accords. President Trump maintained U.S. non-involvement in the Accords, while other leaders such as British Prime Minister Theresa May and French President Emmanuel Macron urged stronger commitments from all nations.

Given the lack of progress, some claim that the G20 is merely a talking-shop too full of tensions to make real progress. Others argue that an annual international summit highlights the need for cooperation and provides an opportunity for world leaders to work together. In any case, the G20 is here to stay. Next year’s conference will be held in Saudi Arabia under Crown Prince Mohammad bin Salman, a potentially less neutral and more controversial host that will test the strength of the G20 and its members.

“G20 Heads Struggle to Narrow Differences beyond Their Concern On…” Reuters, 28 June 2019. https://www.reuters.com/article/us-g20-summit-economy-idUSKCN1TT0PI.

“G20 Summit: What It Is, Why It Is Important; Key Issues to Be Discussed.” The Financial Express, 27 June 2019, https://www.financialexpress.com/economy/g20-summit-what-it-is-why-it-is-important-key-issues-to-be-discussed/1620586/.