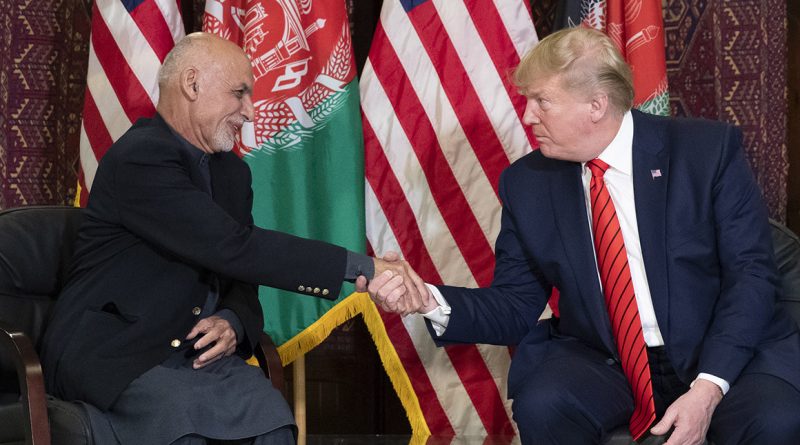 Is Peace Approaching in Afghanistan?

As many may know, there has been an ongoing war between the United States and Afghanistan. It was first sparked by the infamous 9/11 attacks in 2001, when nearly 3000 Americans were killed by the Islamist terror group al-Qaeda. Not long after, the Taliban refused to hand over Bin Laden, the leader of al-Qaeda, to the U.S. In response, the US launched airstrikes against Afghanistan in order to “disrupt the use of Afghanistan as a terrorist base of operations and to attack the military capability of the Taliban regime”—according to George W. Bush, the U.S. president at the time. Since then, other nations have also joined the war, and this constant struggle has been going on for years. Today, the two opposing forces are both trying to find a way out of the current stalemate and have recently started working towards a peace deal.

A Possibility for Peace

After many years of war, both the U.S. and Afghanistan are striving for peace. Nine rounds of negotiations ensued in Doha, the capital of Qatar; by the end of February, the two sides agreed upon a ceasefire, a gradual withdrawal of U.S. troops, and assurances of counterterrorism by the Taliban, who plan to start negotiations with the Afghan government this month. The U.S. also pressed for women’s rights to be discussed in these talks. A prisoner exchange is also expected to be underway and sanctions on the Taliban slowly lifted. While this is a significant step forwards—in fact, the closest the two sides have ever been to a peace deal—many are skeptical of the progressions.

Broken Promises and Other Obstructions

Only days after a reduction in violence with the U.S. was agreed upon, the Taliban once again attacked American troops and declared that they will reject all negotiations until the prisoner release has become a reality. However, the Afghan government denied their consent to such an exchange. Even after negotiating a peace deal, this disagreement is, and will continue to be, a major unresolved issue. Afghanistan’s weak central government suffers a risk of collapse after the withdrawal of foreign, especially American, troops. Additionally, some believe that the Taliban fighters may not adhere to their promises in the deal.

Pakistan, a close neighbour of Afghanistan, may also become an opposing force to the peace talks if they feel excluded. This issue has the potential to become another great threat, as Pakistan serves as the power base of the Taliban as well as many other terrorist groups.

Illustrating a Future of Peace

Even when or if a peace deal is reached, there are still several issues yet to be resolved. Afghanistan would need an entirely new government and political system if the Taliban and the current government were to share power. In order for this to happen, a temporary neutral or coalition government needs to be set up; elections would also have to be postponed, perhaps even suspended. After all, the reconciliation between two rivals and negotiations for compromise would need to be executed with extreme care and diligence. One fault could result in the undoing of all previous efforts.