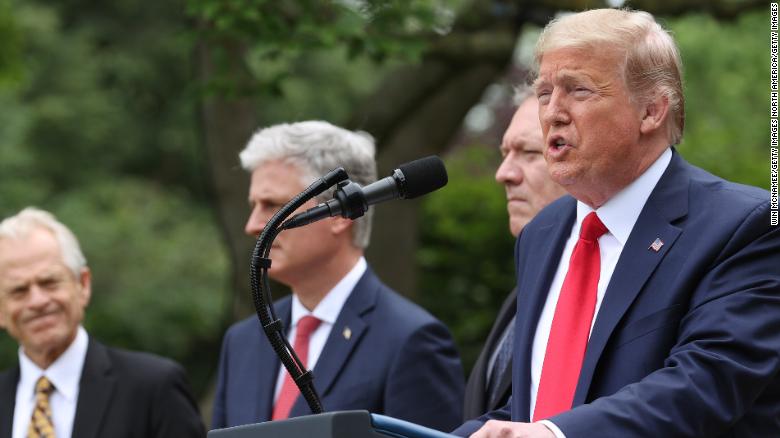 What do the Trump administration’s steep cuts to global health funding mean for the future?

The United States officially announced the decision to end its relationship with the WHO over the agency’s handling of the coronavirus pandemic. The Trump administration had previously  threatened its contributions to the funding of the organisation; in May, Trump had initially announced his plan to withdraw from the organisation unless there was serious reform. The United States claimed that the WHO is biased towards China and is withholding information about the pandemic.

China’s role in the decision

The United States declared that their decision to withdraw from the WHO is because of the organisation’s bias towards China. The Trump administration casted further blame on China and the WHO by criticising their failure to contain the virus in its initial centre of Wuhan, China. During his Rose Garden remarks, Trump claimed, without evidence, that the World Health Organisation was pressured by China to mislead the world about the virus. Trump’s own management of the pandemic along with his attacks on China have highlighted the tension between the two countries.

Criticism of the Trump Administration

The sudden withdrawal from the WHO amidst a pandemic has been an extremely controversial decision. Not only is the United States the largest contributor to the WHO—providing around 15% of the agency’s overall funding—but the organisation deals directly with health efforts inside the U.S., meaning that this withdrawal may hurt Americans’ health.

This decision received backlash from both Democrats and Republicans. The Senate Health Committee Chairman, Lamar Alexander, is one of Trump’s fellow Republicans who have expressed their criticism of the move. “There needs to be a good, hard look at mistakes the World Health Organisation might have made … with [the] coronavirus, but the time to do that is after the crisis has been dealt with, not in the middle of it,” the Senator explained.

Among large disapproval from the opposing party the Democratic party’s candidate Joe Biden spoke out. In a tweet Biden claimed that on his first day of presidency if elected, he would rejoin the WHO immediately.

The Trump Administration also faced international backlash on their decision. “This decision of the United States undermines international efforts and will have grave implications—especially for the developing countries that urgently need international support,” said Zhao Lijian, a Foreign Ministry spokesman.

What this means for the future

With the decision to leave the WHO comes consequences for not just the U.S., but the rest of the world as well. Without connection to the largest global health agency, the U.S. would find themselves cut off from large communication channels concerning global health initiatives. The funding cut would also impact many people overseas, especially those who are in high risk areas. The removal of nearly 15% of the WHO’s budget that the U.S. provides would hurt areas where the WHO acts as a last resort.

Besides the financial impacts to the organisation and the causes it supports, political damage will also be done. Many foreign political leaders have criticised the timing of the decision and the decision itself while maintaining support of the WHO. These conflicting views amidst a global health pandemic may cause even further political tension for the United States.