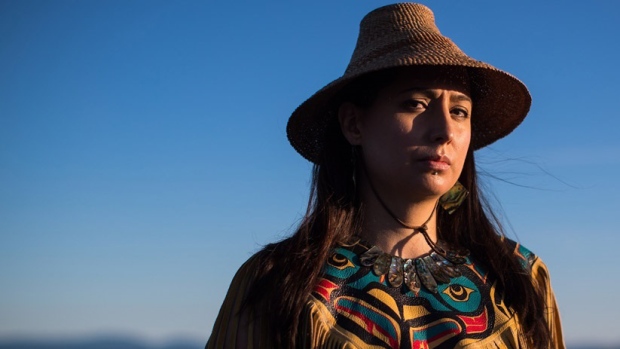 Aboriginal rights have always been a topic of controversy in Canada. The First Nations people have struggled through a history of discrimination and injustice spanning back to Canada’s colonization in the late 15th century. Over the years, new regulations and treaties have been signed to support the indigenous peoples, but there are still cases such as border rights in which Aboriginal cultures and peoples have been adversely affected by political influences.

The most recent instance of this nature is that of Mique’l Dangeli, an Aboriginal woman born to the Tsimshian First Nation which has its territory in both Alaska and British Columbia. As a result of being born on the Alaskan side of the Tsimshian Annette Island Reserve, she has twice been denied permanent residency in Canada. Previously, she had worked as a teacher of her native tongue, Sm’álgyax, for a group of students in the Kitsumkalum community west of Terrace. However, her visa expired as of July 1 and she is no longer able to do so. Dangeli has started a petition stating that Canada should reciprocate the Jay Treaty, which allows status Indians with 50 percent blood quantum born in Canada to work and live in the United States. The other option for Dangeli was to apply for Indian status in Canada. However, the lengthy two-year process depends on her distant ancestor’s baptism record. If this ancestor did not convert to Christianity, Dangeli would not be considered an Indian under the Indian Act.

Regarding the problems with Aboriginal border-crossing issues, the federal government appointed Mr. Fred Caron in 2016 to examine the situation. Although the process has continued for the last two years, the federal government has yet to reach a solution. A hotspot for such complications can be found in Eastern Canada. For instance, the territory of the Akwesasne First Nation crosses into Ontario, Quebec, and New York. As things stand, the US-Canada colonial border and the indigenous regulations regarding it “sever the lifelines between First Nation families, communities, languages, and ceremonies,” according to Dangeli. As for the federal government, discussion for further steps will be conducted with First Nations in the near future, so long as the appointed committee submits its recommendations.

In an argument given by Mary Ellen Turpel-Lafond, a law professor at the University of British Columbia, this is “a case where Canada is actually behind.” For instance, the Mohawk people in Eastern Canada have called for special identification cards to help streamline the border-crossing process for Aboriginals – this request has not been granted and the process is still fraught with complications. What steps the government will take to respond to the situation remains to be seen, but individuals such as Dangeli are hoping that the situation is “resolved as soon as possible” to avoid similar cases in the future.