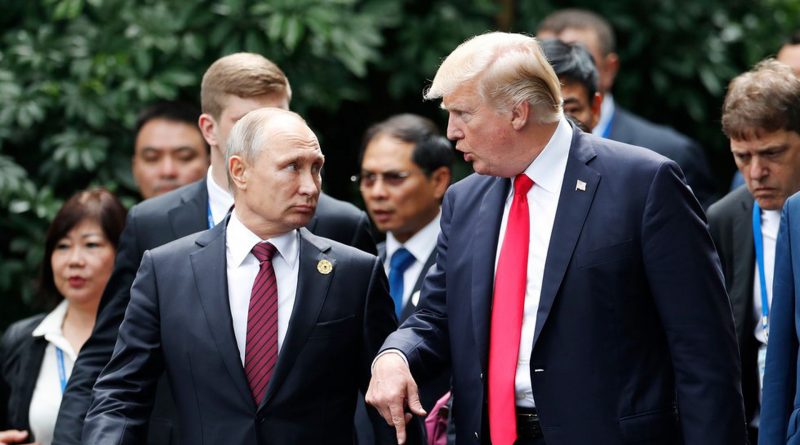 There have been reports and accusations of Russia interfering in the 2016 presidential election by intruding in on the campaigns of the major candidates since before the campaigns were over. Famously, the Democratic National Convention was hacked, and thousands of mishandled emails belonging to Hillary Clinton were released to the internet. This hacking has been traced back to Russia by US intelligence agencies.

Soon after this information about Russia came to light, the then Republican Nominee for President was publicly quoted asking the Russians to once again hack Ms. Clinton to retrieve thousands of additional deleted emails. This comment prompted many to question if Mr. Trump was working with the Russians to sabotage the Clinton Campaign. The FBI under James Comey responded by opening an investigation into the Trump Campaign’s ties to Russia.

The suspicion regarding Russian involvement in the election has not disappeared with time; shortly after the election, news surfaced that Mr. Trump may in fact be a puppet of the Russian government, as the Kremlin supposedly has incriminating tapes of Trump in a Moscow hotel with prostitutes. The existence of these recordings is not certain, but the scandal did arouse suspicion that the Trump campaign and presidency have at best working with, or even for, President Vladimir Putin and the Kremlin.

A few months after the rumors about the tapes surfaced, the POTUS fired the Director of the FBI James Comey. Mr. Comey had been leading the investigation into possible collusion between the Kremlin and the Trump Campaign. The President has been reported as having said that Mr. Comey was fired because of the collusion investigation, which created backlash against Trump and accusations of obstruction of justice. After seeing that not even the FBI could safely investigate President Trump, Congress appointed former FBI director Robert Mueller to be a special counsel and pick up the investigation where James Comey had left it.

Since taking the case special counsel Mueller has made a great deal of progress. Donald Trump Jr., Paul Manafort, and Jared Kushner have been found to have held a secret meeting with Kremlin lawyer Natalia Veselnitskaya about “dirt” on Hillary Clinton, after Don Jr. admitted all of it on social media. A Trump campaign aid has also cut a deal with Mueller to fully cooperate in exchange for being let off the hook for giving a false statement in connection with tipped off about the DNC email hack.

Recently all of this has come to a head, following a summit in Helsinki between Presidents Trump and Putin. Mr. Trump’s performance at the joint press conference with Mr. Putin following the summit has been called disgraceful and potentially treasonous, as he insinuated that Mr. Putin’s denial of collusion was more credible than the findings of every single U.S. intelligence agency. He blamed his own country in part for the bad relations with Russia. He refused to condemn President Putin and Russia for interfering in the election after Mr. Putin specifically admitted to instructing his government to help Mr. Trump win the election. The POTUS stated that he did not think there would be a reason why the Kremlin would interfere with the U.S. election.

Though President Trump has since gone back and revised some of the statements he made in Helsinki, partially due to the fact that even staunch trump supporters were having difficulty defending his erratic and statements. It has yet to be seen if anything that happened in Helsinki will have any impact in the Robert Mueller investigation, though it is sure that it had a large impact on the public’s view of the POTUS.

President Vladimir Putin has since the Helsinki meeting, been invited to visit the White House.