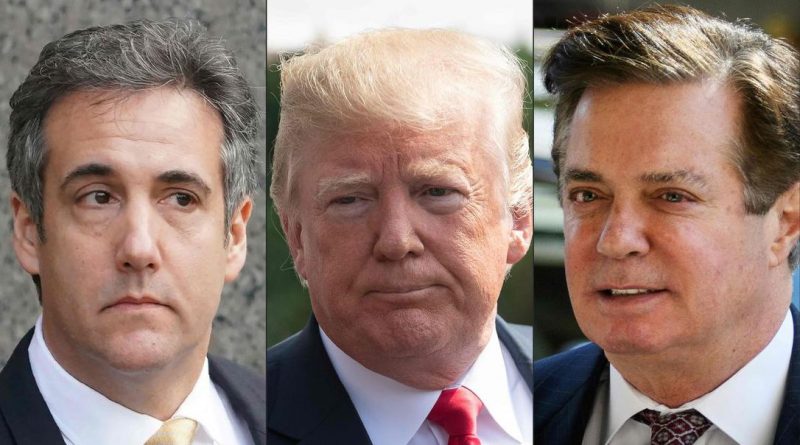 What does this mean for Trump and the special counsel investigation?

Ever since his rise to presidency, Donald Trump has been embroiled in a variety of political controversies. This also extends to his former campaign staff, namely Michael Cohen and Paul Manafort. Cohen is Trump’s former lawyer and has recently pleaded guilty to breaking campaign finance laws. Specifically, he had directed payments to women connected with Trump. These were supposedly done under the president’s request to protect himself from potentially damaging disclosures. His official sentence is to be delivered on December 12th, and he is considered guilty of eight charges. Although these charges amount to a total of 65 years in prison, his guilty plea will make the sentence more lenient.

Similarly, Paul Manafort has been convicted on several charges of financial fraud. To elaborate, Manafort is guilty on five counts of tax fraud, two counts of bank fraud and one count of failure to disclose a foreign bank account. There are ten remaining counts, but for the time being they have been declared as mistrials. This means that the jury has been unable to come to a verdict, although the charges can be brought back by prosecutors. A sentencing date has yet to be given but the sentence can be expected to go over thirty years in prison. However, this is only a fraction of criminal allegations directed towards Manafort. A second trial brought up by the special counsel is scheduled for later this month which focuses on charges such as obstruction of justice and conspiracy to launder money. In summation, these two verdicts are rather worrying for Trump, as this could supports his impeachment and could also be used to indict him when he vacates his presidency.

The special counsel, led by Robert Mueller, is an investigation of the Russian government’s efforts to influence the 2016 presidential election. The special counsel is the body responsible for bringing up the charges that have ruled Cohen and Manafort guilty. Although the aforementioned cases have little to do with the Russia investigation, as pointed out by Trump, Mueller hopes that this new situation may prompt cooperation from Trump’s former associates, especially Michael Cohen. Although his plea agreement does not state that he has to cooperate with federal investigations, he may work together with the special counsel to make his sentence more lenient. In fact, legal experts say that Mueller may call upon him to testify in front of the grand jury.

Although Mueller may have potentially secured a source of information, he and his team have been under fire by the Trump administration for meddling in affairs outside of the investigation’s range, particularly in Manafort’s case. Nonetheless, the jury’s verdict on the charges increases the credibility of the investigation. As said by Jimmy Gurulé, a professor at Notre Dame Law School, “The verdict highlights that the prosecutors are not engaged in a witch hunt….It goes to the competency of the investigation.” With this series of criminal trials, Robert Mueller has made his investigation all the more pressing. As a result, Trump’s impeachment seems to be that much close to being a reality, and he may face criminal charges after his term.