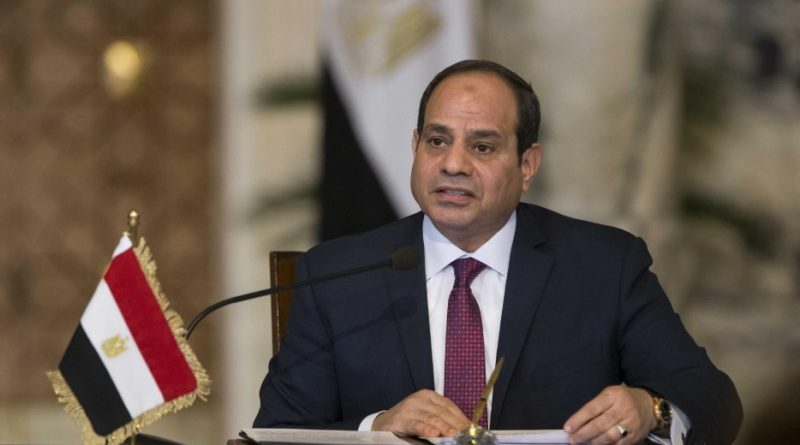 After years of unrest since the Arab Spring, Egypt has once again settled into its old autocratic ways.

Egypt’s modern history is full of autocratic military rulers: Nasser, Sadat, Mubarak… the list goes on. Though Egyptians enjoyed a brief democratic period after the Arab Spring revolutions in 2011, their new President, Abdel Fattah al-Sisi, seems eager to join his predecessors’ ranks. It looks as if Egypt is returning to its authoritarian past once more.

Leading up to February 2011, a wave of anti-authoritarian sentiment swept over the Middle East, triggering protests known as the “Arab Spring.” Hosni Mubarak, President of Egypt for three decades, was forced to step down after eighteen days of protests. Egypt’s armed forces took control and began election preparations.

The parliamentary elections of 2011 and 2012 were the first democratic elections ever held in Egypt and saw thirteen candidates participate. Mohamed Morsi, representing the Freedom and Justice Party, the political branch of the Muslim Brotherhood, won a 51% majority and became President.

After election, Morsi immediately revoked a decree made by the armed forces which limited Presidential powers, then dissolved the House of Representatives, and finally established a draft constitution that heavily favoured Islamic values. These actions drew widespread condemnation among Egyptians, which resulted in his removal from power by the military in June 2013. Hundreds of Muslim Brotherhood members were killed as security guards stormed pro-Morsi protests, while thousands more were arrested.

It was during this time that popular support began increasing for Sisi, the defence minister appointed by Morsi. Many Egyptians supported his role in the interim government’s crackdown on the Muslim Brotherhood, which ultimately resulted in its banishment from future elections. When an election was finally called in 2014, Sisi won 97% of the vote, which was considered fraudulent by observers and citizens alike. Nonetheless, Sisi was sworn in and assumed presidential roles.

Sisi experienced a similar victory in March 2018. In the lead-up to the election, many opposition candidates were removed and jailed for reasons that ranged from violating public decency while campaigning to failing to secure the army’s permission before running. Several opponents called on Egyptians to boycott the vote.

Though Egypt’s government may finally appear stable, its economy is anything but so. Sisi inherited an economy in ruins; high unemployment, double-digit inflation, and high poverty rates plagued Egypt. Political unrest is partly to blame. Tourists shied away from Egypt due to political instability caused by the Arab Spring, while foreign investment died down, too. Sisi’s government has made some progress in economic reform, such as establishing an IMF austerity deal to bring Egypt out of debt. However, tackling such massive economic issues without sacrificing the interests of some Egyptians will be difficult.

In the wake of its economic crisis, Egypt is suffering through an insurgency on its eastern border, on the Sinai Peninsula. Known as the Sinai Insurgency, it’s being conducted by an ISIS-affiliated group called the Wilyat Sinai. Though it originally targeted neighbouring Israel, the group has since shifted its focus to Egypt after the removal of President Morsi. In addition to attacks within Sinai, the group has also been responsible for incidents such as the Palm Sunday attacks in 2017, which killed dozens of Egyptian churchgoers. The Egyptian military has made little progress over the years against this threat.

Though the Arab Spring sparked a glimmer of hope in the eyes of Egyptians, all indicators point to Sisi establishing himself as yet another dictator in a long line of Egyptian autocrats. Though Egypt’s economic growth is improving, the political and military situations remain much unchanged. A continuation of Egypt’s autocracy seems more likely than ever.