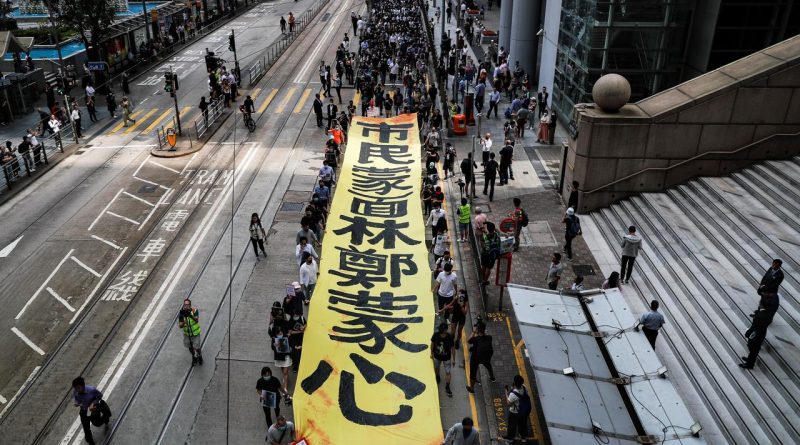 Will the extradition bill put Hong Kong at China’s mercy?

Relations Between Hong Kong and the People’s Republic of China

Due to the “one country, two systems” policy, the People’s Republic of China is ruled under a people’s democratic dictatorship whereas Hong Kong’s system of government remains a presidential limited democracy. Upon its return from Britain in 1997, Hong Kong has maintained a high degree of autonomy. This policy, and ultimately Hong Kong’s judicial independence, will likely end 50 years upon its establishment—in 2047.

For the past few years, many people in Hong Kong are concerned that this policy is slowly being violated as a result of China’s desire to encroach on Hong Kong’s autonomy. China’s current president, President Xi Jinping, has spoken aggressively towards Hong Kong’s policies. The Chinese Foreign Ministry called the Sino-British Joint Declaration—the treaty stipulating Hong Kong’s sovereignty—“a historical document” that “no longer has any practical significance”. China’s government has also been accused of eroding Hong Kong’s press freedom and interfering in its political matters. Furthermore, all candidates running for Hong Kong’s chief executive must be approved by China, and those nominated for the position are appointed by the Chinese government. Many of Hong Kong’s citizens dislike this Chinese interference and are thus unwilling to submit to governmental rule.

This year, there has been plans to impose a new extradition bill to allow extraditions between Taiwan, Macao, mainland China, and Hong Kong. It is this controversial bill that lit the sparks protests in Hong Kong.

It all began with a murder commited by Chan Tong-kai, a Hong Kong man, to his girlfriend in Taipei last year. Chan was only charged with theft under Taiwanese law (for using his girlfriend’s credit cards after her death) and could not be extradited due to the lack of any extradition bills or policies in place. According to Hong Kong’s chief executive Carrie Lam, this sparked the notion that an extradition bill was needed in order to better prosecute such criminals.

Citizens of Hong Kong are protesting against the bill in fear that China will use it as a tool to extradite not only criminals, but also political activists. There have been abductions in Hong Kong done by the mainland in recent years, and this bill may result in the legalisation of such acts. They claim that the bill will place the citizens of Hong Kong in a place of vulnerability, despite the Hong Kong and Chinese governments’ denials of that concern.

In the face of these protests, Lam apologised for “deficiencies” in the government’s work and suspended the bill, later indicating that it likely will not pass this year. This was not able to placate the unsatisfied protestants, and the commotion continues.

Pro-democracy icon Joshua Wong has also spoken on this matter with regard to the relations between China and Hong Kong: “Why did Carrie Lam need to wait to suspend the bill until one million people came to the streets? It’s because she’s not elected by the people of Hong Kong. It’s time for her to step down.”

Organisers claim that more than one million people protested last week and more than two million this week, while the police reported an estimation of 240,000. Authorities say that 11 people have been arrested.

Though the protests were relatively peaceful, there were two police and 60 protesters injured and one casualty: a 35-year-old man, Leung, was certified as dead upon arriving at the hospital after falling from a building while attempting to hang a political poster. Police and firefighters made an attempt to coax him down and provided a large, inflated landing pad, yet he refused to listen and kept climbing. Thus, the case has been classified as a suicide. White flowers, black ribbons, and notes have been laid at the place where he fell to his death, and mourners come to pray and pay tributes.

Whether or not this bill will be imposed successfully can greatly alter Hong Kong’s future. If it is successful, will Hong Kong be put at China’s mercy? If not, how will the future of China and Hong Kong turn out in 2047, when Hong Kong’s judicial independence ends?