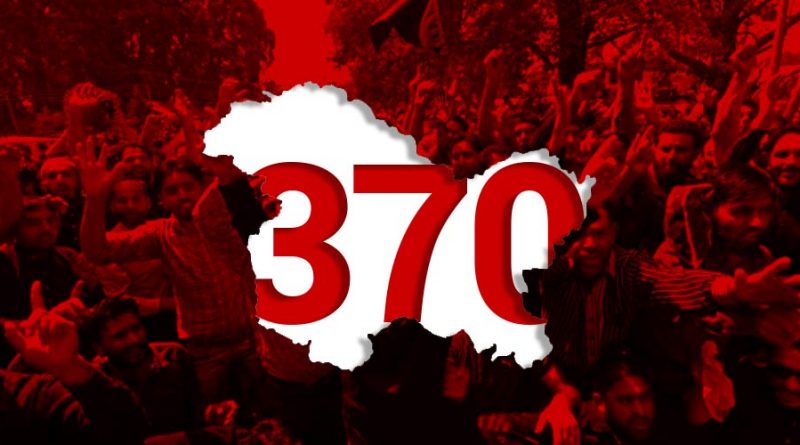 “A Betrayal Of The Indian Constitution”?

After India gained its independence from the British Empire in 1947, numerous smaller “infant nations” could either accede to India, Pakistan, or remain independent. Kashmir, one of these smaller nations, acceded to India for military support with a promise of remaining mostly autonomous. In the official paperwork, this deal was granted under Article 370 of the Indian Constitution, which included both Kashmir and another small nation called Jammu. In addition, Article 370 guaranteed access to property ownership, government jobs, and many other special conditions.

In 2014, the Indian Bharatiya Janata Party (BJP) began to advocate for the revocation of Article 370, claiming it was causing the terrorism and poverty in Jammu and Kashmir. Their platform further included promises to abrogate the article to integrate the two states with India. These urges eventually led to the revocation of Article 370 on August 5, 2019 by Ram Nath Kovind, the president of India. He did this by issuing Presidential Order C.O. 272, which in short gave the president authority to modify the Article and revoked the special status and privileges of the two states. The following day, Presidential Order C.O. 273 was passed and “all provisions of this Constitution, as amended from time to time, without any modifications or exceptions, shall apply to the State of Jammu Kashmir,” which was the official verdict of the revocation.

The people of Kashmir rose up and marched in peaceful protests with black flags and anti-India chants. India has cut off communication completely inside the state, including Internet, mobile services, and phone services, which “has brought widespread anger, fear and a sense of betrayal” (Sky News, year). The real fear that the citizens face is that the demography will change since the special status has been revoked. Wahid, a citizen of Kashmir?, expresses his dissatisfaction: “Seven million people can now be divested of a cultural, linguistic and religious heritage that they valued and they tried to protect with a special arrangement between Delhi and Kashmir.”

Professionally, some Indian constitutional lawyers say the revocation was similar to the national government consulting itself, which violates federalism tenets. It is likely that the government will meet opposition in the Supreme Court evolution in the near future.

“How the Indian Government Changed the Legal Status of Jammu and Kashmir.” Lawfare, 12 Aug. 2019, www.lawfareblog.com/how-indian-government-changed-legal-status-jammu-and-kashmir.