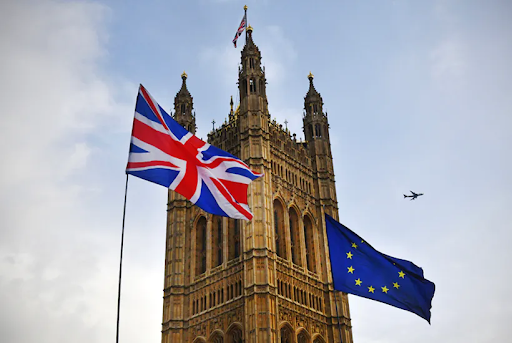 A Stalemate in British Politics

Throughout history, Britain hasn’t had a great relationship with mainland Europe. In 1973, when the UK joined the European Union, it proved to be quite problematic. The idea of leaving the EU first arose in 1975, and Britain chose to stay—a choice starkly different than the one made three years earlier.

On June 23rd, 2016, another referendum was held to determine whether the United Kingdom was to leave the EU. Its results showed that the majority of British citizens were in favour of the idea⁠—out of the 30 million voters, 17.4 million voted for the UK to leave. Thus, the term “Brexit” was coined and negotiations started in the spring of 2017. Brexit was originally planned for this March, but complications have resulted in two delays of the Brexit date. It is now due for October 31st, 2019, at 23:00 GMT.

David Cameron, the former prime minister of the UK who launched the Brexit campaign, never actually defined what Brexit would be. It wasn’t until six months later when Theresa May, then successor to Cameron and now former prime minister of the UK, revealed her ideas of what Brexit meant. She envisioned and shared “12 goals for Brexit,” but it was later found that the three “red lines” included in the goals were conflicting with one another and were undeliverable. This now stands as a challenge for Brexit, and unfortunately, what is said cannot be unsaid—even more so when they were also the “wildest dreams” (Walsh, as cited in Gerster, 2019) of many.  Last November, the official Brexit deal was signed, which included the “backstop cause.” This would later become what can be considered the biggest obstacle for Brexit.

To avoid the bad memories of the Northern Ireland conflict, it was decided that if the UK leaves the EU, no physical border would exist and they would instead negotiate for a new trade relationship. The Northern Irish Backstop is the key to this plan: it allows the UK to remain in the European customs union until a long-term trade pact is made. It will take effect at the end of the transition period to avoid a hard border under all circumstances, if new terms could not be established by then.

The British Parliament isn’t happy with this backstop plan. They fear that it will interfere with the signing of global trade deals, and there is no actual time limit to the plan—the EU only said that it would be temporary and that they would try their best to never use it. Despite the British Parliament’s dissatisfaction, the EU said there was to be no renegotiation. This was one significant reason that the deal was voted down three times. Without a ratified withdrawal agreement, there would be a no-deal Brexit. Many politicians are against this idea.

Against a No-Deal Brexit

Refusing to let the UK leave without a withdrawal agreement, a bill was advanced by opposition members of parliament and rebel Tory lawmakers to block a no-deal Brexit. The bill will force the prime minister to ask for an extension of the Brexit deadline if no deal has been established. The bill passed the Commons in one day—the members of parliament who were backing the bill wanted it to become law as soon as possible, before the government suspends parliament. On the other side, pro-Brexit peers tabled over 100 amendments for the Lords in their attempt to stop the bill from progressing.

Boris Johnson also tried to call for an early general election. If he could restore the majority for the Conservative Party in the Commons, it would also be easier for him to deliver Brexit. This request for an early election, too, has been rejected by Members of Parliament. The lack of trust led to a fear that the prime minister might switch the date of the election to be after the Brexit due date to lock in a no-deal withdrawal.

The prime minister then tried to suspend Parliament for five weeks in September and October. This was even more controversial; many claimed that this interferes with Britain’s unwritten constitution and legal challenges were also provoked.

For now, Britain’s politics remain grounded in a stalemate between its government and parliament.