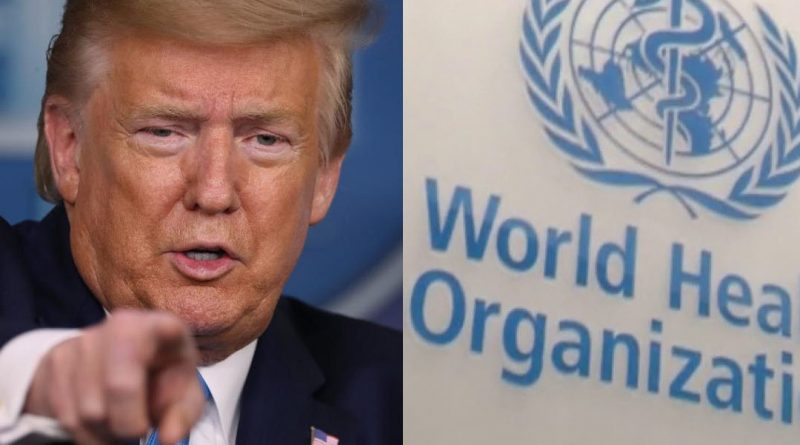 Why would Trump stop funding the WHO during a pandemic?

On April 14, President Donald Trump decided to halt funding for the WHO while a review is conducted regarding the WHO’s management of the COVID-19 outbreak. He says that the organisation “failed its basic duty”—failing to properly assess the outbreak when it first emerged in Wuhan, China. The U.S. is the WHO’s largest funder, providing the organisation with more than $400 million last year. A decision on whether the U.S. resumes funding will be made in sixty to ninety days.

Trump believes that the WHO has been biased towards China during the pandemic, citing that the organisation allowed China to cover up the pandemic. He also states he had received unfair  criticism from the organisation. UN Secretary General António Guterres pushed back, stating “It is my belief that the World Health Organization must be supported, as it is absolutely critical to the world’s efforts to win the war against COVID-19.” Germany’s foreign minister tweeted that strengthening the WHO is one of the best investments that could be made at this time. Bill Gates, among others, also slashed Trump for his decision.

The WHO: A History of Criticism

This is certainly not the first time the WHO has come under attack for its response to a public health emergency. During the 2009 swine flu pandemic, the global health organisation was criticised for causing fear and confusion by not providing immediate information. The organisation’s top influensa expert at the time admitted that they had sown confusion regarding the H1N1 epidemic. Moreover, during the Ebola outbreak between 2013 and 2016, the WHO was heavily criticised for its bureaucracy, regional structure, and insufficient funding. The organisation lost much of its capacity for direct action because of budget cuts in the recent decade.

Again, the organisation has been deemed inadequate by President Trump. He claims that had the WHO gotten medical professionals to properly assess the situation in Wuhan in January, the outbreak would be contained at its source. “This would have saved thousands of lives and avoided worldwide economic damage. Instead, the WHO willingly took China’s assurances to face value […] and defended the actions of the Chinese government.” Chinese officials initially attempted to cover up the outbreak, punishing whistleblowers. WHO experts were only allowed into Wuhan when the nation already had 40,000 cases on February 10.  However afterwards, the nation imposed significant measures to stop the spread of COVID-19, gaining the praise of the WHO. Members of Trump’s administration have claimed that this praise was biased towards China.

Many criticise the Trump administration for poorly handling the COVID-19 crisis. Trump downplayed the impact of the virus and claimed that social-distancing measures could be removed after Easter. The administration has been sluggish with providing test kits and protective gear for medical workers. But the trouble started long before COVIDd-19 had even existed. In 2018, Trump fired Rear Admiral Timothy Ziemer, the White House’s top pandemic official. That year, the Center for Disease Control and Prevention (CDC) and other health agencies in the nation received budget cuts, making the nation more vulnerable to a pandemic. During this election year, Trump does not want all of the blame to be placed on his shoulders. By targeting the WHO and China, could better his chances at re-election. But many still criticise him for bringing politics into a humanitarian crisis.

Is Trump fighting COVID-19 or China?

On February 7, Trump complimented President Xi on his approach to the virus, stating in a press conference that he handled it very well. But in April, the President was very critical about how the nation covered up its poor response to the virus. Trump has specifically focused on the WHO’s recommendation to not a place travel travel ban on China. These actions shift the focus away from the virus, and towards China’s growing global influence. The administration would argue that an international community focused around China would undermine an accountable international system needed to fight the pandemic. Moreover, this could also be a move to change the WHO’s hiring practices. There has been an ongoing discussion about whether to link the amount of aid dollars given with the number of Americans an organisation hires.

With the WHO’s budget severely cut, nations are looking for ways to fund vaccine research and other health related work. The European Union has reached out to Canada to play a significant role. A pledging conference will be held on May 4 to raise funds and fight the pandemic. In the meantime, we can only hope that Trump and other political leaders try their best to navigate us through COVID-19.