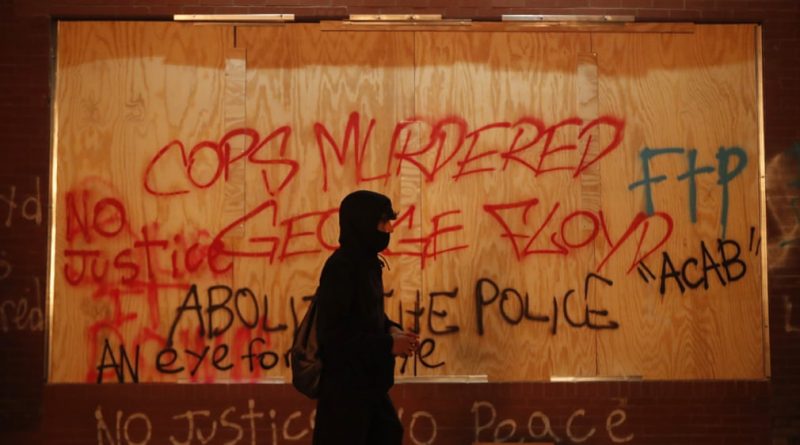 In a worldwide wave of solidarity, crowds around the globe march in support of the protests in the U.S.

What happened to George Floyd?

On the evening of May 25th, an employee at Cup Foods grocery store reported to the police that they believed George Floyd was using a counterfeit $20 bill. The employee stated that Floyd was “not in control of himself” and seemingly drunk, according to the transcript that was released by authorities.

Shortly after the call was made, two police officers arrived on the scene. One of the officers, Thomas Lane, approached the car that Floyd and two others were in  and pulled out his gun,  ordering Floyd to show his hands. Floyd was then pulled out of the car and was said by the prosecution to have “actively resist[ed] being handcuffed.”

Once the officers had Floyd handcuffed, he became compliant. The two officers tried to place Floyd in the squad car when Floyd explained that he was claustrophobic. In the meantime, Derek Chauvin arrived at the scene. Chauvin began to pull Floyd away from the side of the car which caused him to fall onto the pavement.

While Floyd remained face down on the pavement in handcuffs, Chauvin placed his knee onto Floyd’s neck⁠—which is against protocol⁠—and held it there for a total of eight minutes and forty-six seconds as Floyd pleaded that he could not breathe and that he was going to die.

Chauvin had his knee on Floyd’s neck for approximately six minutes when Floyd went unconscious. Bystanders urged that they check his pulse while recording the situation. When the officer J. Alexander Keung checked he was unable to find a pulse.

George Floyd was pronounced dead around an hour later.

The protests for justice began in Minneapolis, where the incident took place. These smaller protests grew quickly as the video recording of  George Floyd’s death went viral. Protests began in other cities and states and now continue internationally. Social media has been one of the largest tools for protestors to organise these events.

Many of these protests have been criticised for their tendency to become violent quickly. They have turned into riots with the looting on the side of the protestors and the use of rubber bullets and tear gas from the police in an attempt to control the crowds, especially across the U.S. As a result, multiple states implemented curfews to try and keep the demonstrations in check.

As the protests continued, they began to become more peaceful. The calmness may have to do with the statement released by Floyd’s family⁠—which announced that their family is a “peaceful family” and asked for protestors to avoid looting or engaging in other illegal activities⁠—and the fact that officials are beginning to listen to those participating in the demonstrations and becoming more open to discussion on policy changes with the help of the world wide protests.

The Black Lives Matter Movement – what are the goals of the protestors?

The Black Lives Matter Movement is a human rights movement that has been active since 2013. The movement works in response to state-sanctioned violence and anti-black racism or hate crimes, seeking justice, recognition and acceptance of the cultural and social differences between the black community and those outside of it.

The George Floyd protests and the Black Lives Matter Movement have become intertwined. This is due to their mutual goal of system reform for  the level of violence that is currently used by the police to no longer be condoned and for more investments in impoverished areas to break the cycle of poverty that many minority communities are largely impacted by.

The solution that many are fighting for is to “defund the police”—they are essentially asking for the $115 billion annual investment towards law enforcement in the U.S. to be invested in housing and education instead, which consequently minimises police violence and breaks the current cycle in more impoverished communities.

Besides the protestors themselves, many other world leaders were also upset to hear President Trump’s remarks. Authoritarian countries such as China and Russia have been able to use the situation to justify their own use of excessive force against the people in their own countries while many allies of the United States have shown disappointment with the response of the President on the current events.