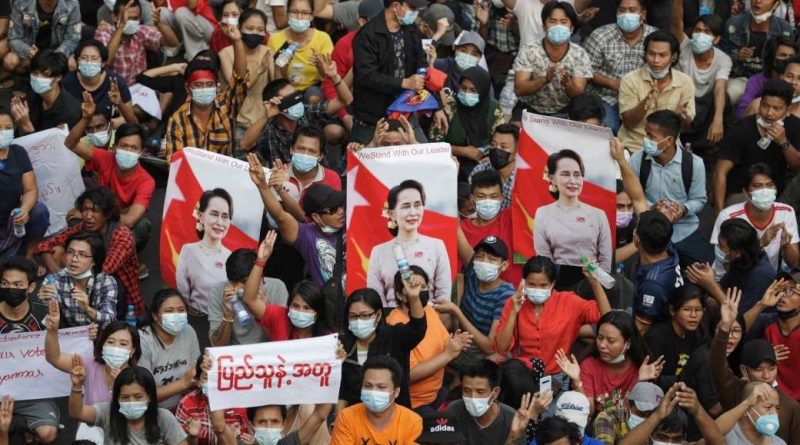 What is currently happening in Myanmar?

Myanmar embarked on a road to reform through a peaceful transfer of power in early 2016. The transfer was from the previous military-led regime to the National League for Democracy (NLD party) led by Aung San Suu Kyi.

This year, the military declared a year-long state of emergency and is now back in charge. It seized control on February 1st, following an election which the NLD party won by a land slide. The armed forces demanded a rerun of the vote, claiming widespread fraud. The election commission said there was no evidence to support these claims, and the coup took place while a new session of parliament was set to open. As a result, Ms. Suu Kyi is under house arrest and many other NDL officials have also been detained. At the moment, military commander-in-chief Min Aung Hlaing has taken power. The people of Myanmar reacted negatively to the coup. as the country woke up to widespread internet and communication blackouts, closed banks, and soldiers patrolling the streets. What followed was weeks of worsening political tensions in the country over the disputed election amid rumors of military action could take over. Pro-democracy protests broke out on Saturday, February 6th, the crowds called for the military to release Suu Kyi and other democratically elected lawmakers.

The situation escalated on Wednesday, March 3rd, when at least 38 people were killed. Witnesses said security forces opened fire with rubber and live bullets. Protestors said there was no warning to disperse, the security forces just fired their guns. The coup and the violent suppression of protests that followed led to international condemnation, which Myanmar’s military has so far ignored. The latest violence comes a day after Myanmar’s neighbors urged the military to exercise restraint. As of today, at least 50 people have been killed. Videos have been taken of police brutality and protestors being shot and probably killed in the streets. One of the clips showed police beating an unarmed volunteer medical crew. Another showed a protestor being shot and probably killed.

Has the United Nations done anything about the violence?

The UN ambassador to Myanmar, Kyaw Moe Tun, denounced the coup in a general meeting in New York. calling on the international community to take the “strongest possible measures” against the military junta to restore civilian rules. At the UN General Assembly on Friday, Kyaw Moe Tun said he was representing Ms. Suu Kyi’s ousted government. “We need further strongest possible action from the international community to immediately end the military coup, to stop oppressing the innocent people, to return the state power to the people and to restore the democracy,” he said. In a further show of defiance, Kyaw Moe Tun held up three fingers, a gesture against authoritarian rule that has been adopted by anti-coup protesters in the country. Myanmar’s state television announced his removal on Saturday, saying he had “betrayed the country and spoken for an unofficial organization which doesn’t represent the country and had abused the power and responsibilities of an ambassador.“ The UN was urged to take very strong measures against the general, and has voiced concern over the situation, but stopped short of condemning the coup because of opposition from Russia and China, who view the matter as an internal affair.

One of the main purposes of the Association of Southeast Asian Nations (ASEAN) is to promote regional peace and stability through abiding justice and the rule of law in relationships between countries of the region, as well as the adherence to the principles of the United Nations Charter. Facing the current situation, ASEAN encourages dialogue between Suu Kyi and the junta. However efforts to engage with the military have not been received well by the supporters of democracy.

Outside of Myanmar, other countries have expressed different opinions on their current situation. As president of the United States, Joe Biden threatens to review sanctions on Myanmar. The U.S. removed sanctions on Burma over the past decade based on progress towards democracy. Biden called the situation a “direct assault on the country’s transition to democracy and the rule of law.” and called on international communities to press the military to immediately relinquish the power they seized. Other countries like Russia and China consider the matter an internal affair. Many have expressed different opinions on the matter, and what’s to come is still uncertain.