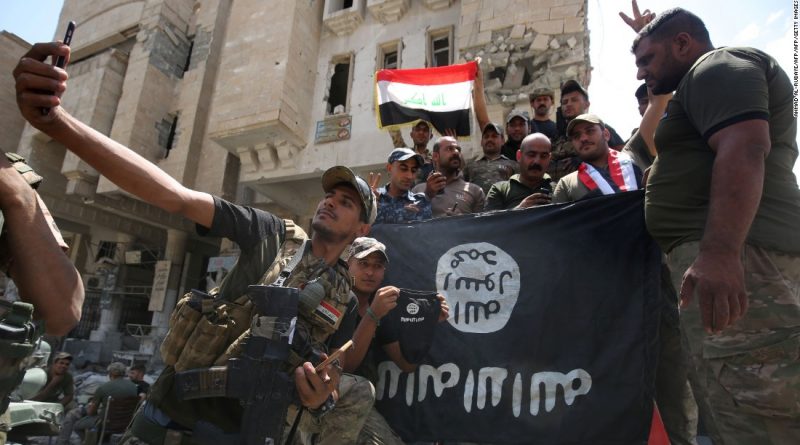 The Rise and Fall of ISIS

ISIS (Islamic State of Iraq and Syria) had its origins in the mid 2000s during the Iraq war, where it began as the Al Qaeda affiliate group in Iraq. The group held varying levels or regional influence till the Syrian civil war broke out. At the time the group was known as ISI (the Islamic State of Iraq), and by early 2013 held large swathes of territory in eastern Syria. In April that same year, ISI’s leader Abu Bakr al-Baghdadi declared that the group was breaking away from Al Qaeda and joining forces with another Al Qaeda affiliate in Syria, the Al-Nusrah Front, to form ISIS. Despite the fact that the Al-Nusrah front did not join Abu Bakr, ISIS began to consolidate the land it controlled. Using money from black market oil dealings, ISIS soon became one of the most powerful groups active in Syria.

In the last months of 2013, ISIS began a massive offensive across Syria and Iraq. By the end of January 2014 ISIS controlled the major Iraqi cities of Al-Ramadi and Al-Fallujah, and in June Iraq’s second largest city Mosul fell to ISIS practically without a fight. Later in June Abu Bakr declared ISIS as a new caliphate from Al-Raqqah. The events shocked the world as the ISIS fighters inexorably took more and more land.

Western nations began an international coalition to take down ISIS and began airstrikes, but it only slowed down ISIS instead of stopping them. ISIS retaliated by executing prisoners and conducting terrorist attacks in those nations, famously killing over a hundred people in Paris. The attacks only galvanized western animosity towards ISIS and led to increased attacks from western powers. In September 2015 ISIS began trying to move into northern Syria and came into heavy conflict with Kurdish tribes native to the region. When the news of effective Kurdish resistance  reached the USA, President Barack Obama authorized the military to begin training and supplying the Kurdish resistance movement.

With pressure from Kurds, the Syrian Army, Western airstrikes, and the Iraqi Army, ISIS began to contract and slowly lose the territory it had gained so quickly. This was the beginning of the end for ISIS. In the following years it would lose all of its major holdings in Syria and Iraq. By November 2017 both Syria and Iraq had declared final victory over ISIS, though small pockets of ISIS remain in the region to this day.

International Intervention and Fall Out of the Fight Against ISIS

Taking advantage of the free Casus Beli of attacking ISIS to get involved in Syria, Russia sent in an expeditionary force into Syria in September 2015. By western accounts, however, the Russians attacked more generic anti-Assad targets than it did ISIS targets. On September 22nd 2016, after almost a year of operation in Syria, Russian forces began a massive bombing campaign of rebels held Aleppo. This caused outrage in western nations when images of the devastation and death left by the Russian bombing of the city were uploaded to the internet. Aleppo capitulated on the 22nd of December.

With tension building over a series of reported chemical weapons attacks by the Assad government against rebels in Syria, the American President Donald Trump then launched dozens of cruise missiles at a Syrian airfield which reportedly carried out a chemical weapons bombing run in April 2017. Though the airfield was miraculously working again by late the next day, the USA France and the UK have since launched airstrikes against pro-Assad forces in retaliation for more chemical weapon attacks thought to have been perpetrated by the Assad government.

Iran, another Syrian ally,built multiple military bases and air bases in Syria to facilitate its affiliate militia Hezbollah’s operation in Syria (when ?). When a barrage of artillery was reportedly fired into Israeli-held Golan Heights from a Syrian military base, Israel responded with an extensive bombing mission destroying dozens of Iranian bases in Syria, even claiming to have destroyed all of them.