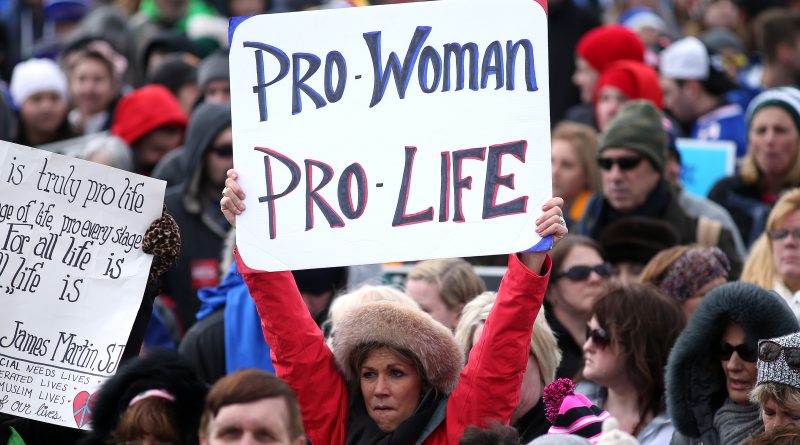 The Beginnings of the Anti-Abortion Wave

Starting with the appointment of Supreme Court Justice Brett Kavanaugh, the Roe v. Wade decision protecting every woman’s constitutional right to abortion has been in contention across America. Following this landmark resolution, the Supreme Court divided a woman’s pregnancy into three trimesters. For the first trimester, an abortion would be a decision up to the woman’s discretion. In the second trimester, the state is permitted to “regulate procedure,” but is unable to ban the act of abortion fully. For the third trimester, during which the fetus is considered “viable,” the state is able to restrict abortion in any way they see fit, the only exceptions being when the mother’s health was at risk. In the form of the ‘Fetal Heartbeat Bill’, abortions are being outlawed after six weeks – the typical amount of time required for a heartbeat to be detected in the embryo. The six-week mark is usually before most women are aware of their pregnancy.

Currently, the following states have officially criminalized abortion: Ohio, Kentucky, Mississippi, Georgia, Arkansas, and Utah. States that are currently considering or actively enacting the same “Fetal Heartbeat Bill” include Alabama, Florida, Louisiana, South Carolina, Maryland, Minnesota, West Virginia, Missouri, and Tennessee. While policies vary from state to state, the official penalty in Alabama would be a prison sentence of up to 99 years for any doctor who performs an abortion at any stage during a pregnancy – meaning abortion would be considered a crime comparable to rape or murder. Even in instances of rape or incest, the woman would still face civil charges. Contrarily, legislation in numerous other states would criminally prosecute the woman for abortion past the legal amount of time. Various government officials involved in pushing for such a ban have voiced arguments pertaining to religion – namely Christianity, the right to life, and the protection of all American citizens, potential or not.

In response to these potential and official bans across the country, a manifold of pro-choice movements planned to hold a nationwide protest against the prospective and current bans throughout the following week. Movements organizing such demonstrations include but are not limited to the American Civil Liberties Union (ACLU), NARAL Pro-Choice America, and the Women’s March. Movements are deeming such pieces of legislation to be unconstitutional and an extension of the Trump administration’s attempt to fight Roe v. Wade. For these movements, such laws restrict the choice of women and their bodily autonomy. Directly from NARAL Pro-Choice America’s website, they stated “When the right to abortion is endangered, the fundamental equality of women is threatened. A woman can never be equal if she is denied the basic right to make decisions for herself and her family.” Similar statements are shown on other platforms of pro-choice organizations.

Those advocating for the pro-life premise are generally content with these prospective/current laws. Viewing abortion as an immoral act equivalent to murder, the pro-life ideology revolves around criminalizing abortion in near to all cases. In regards to President Trump’s administration, its stance on abortion is rather accurately aligned with that of the pro-life movement.

In the case that potential legislation gets signed into law in terms of restricting abortion nationwide, near to 926,200 cases would be affected – the approximate number of total abortions in 2014. Criminalisation of abortion would affect a manifold of individuals. This includes both sexes, a multitude of economic classes, families, and ethnicities.

In the future, the stability of Roe v. Wade has yet to be confirmed; pro-choice and pro-life movements are fracturing the nation, drawing abortion and women’s rights into further contention. Even while Governors of various American states have condemned the act of abortion, many more continue to unite under the flag of freedom and autonomy. At the moment, American resides upon the precipice of numerous political pathways and ideologies: will they follow in the footsteps of nations like Canada, or Honduras? Or will America remain a fragmented collection of clashing beliefs?