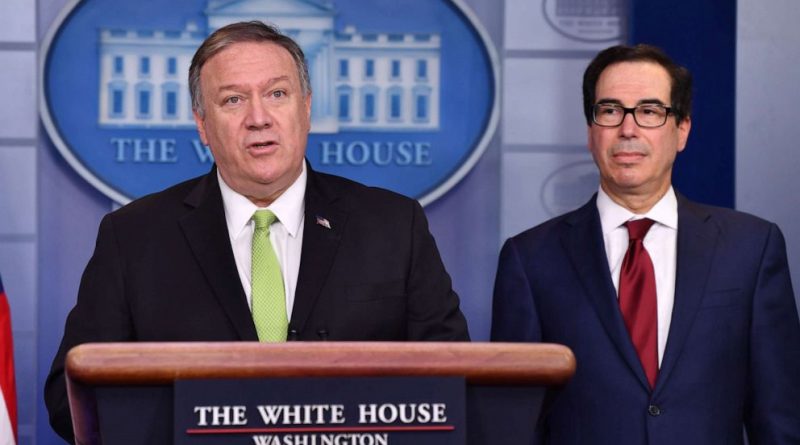 Reinstated economic sanctions met with opposition from other world powers

The Trump administration reimposed United Nations sanctions on Iran, which were previously suspended after a nuclear deal negotiated in 2015. Furthermore, U.S. Secretary of State Mike Pompeo demanded the European Union to enforce these economic sanctions unless they would like to face consequences imposed by “domestic authorities.” According to Pompeo, these sanctions are a direct response to the expiration of a global arms embargo on 18 October, which the United Nations Security Council has refused to extend. Additionally, the U.S. Department of State’s representative for Iran claimed that the sanctions should nudge European countries to “cooperate closely with us as, and when, they see any effort by Russia, China, or anybody else to sell arms to Iran.” Overall, this action aligns with the Trump administration’s approach of unilateralism.

Before the historic 2015 nuclear agreement, Iran and its 77 million people suffered from strict economic sanctions that cut them off from the rest of the world. Implemented during the Bush and Obama eras, they were used to force the Iranian government into negotiations. However, the sanctions were lifted when six big world powers struck this deal with Iran, finally opening it up to the outside world and bringing relief to the millions of Iranians who were left devastated without a real economy. Meanwhile, the nuclear deal was quite effective at preventing Iran from producing nuclear weapons. First, Iran had to give up 97 percent of its enriched uranium, which is used as nuclear fuel, so that its stockpile went from 10,000 kg to 300 kg. Since uranium varies in levels of enrichment, Iran was only allowed to have up to 3.67 percent enrichment—in contrast, medical research grade uranium is enriched to 20 percent, while weapons-grade is 90 percent. Moreover, Iran had to give up 15,000 of its 20,000 centrifuges that could spin fissile material, and it was allowed to keep another 1,000 for research and development purposes. Due to these regulations, Iran would take a long time to build a bomb if it tried, and there was nearly a 100 percent chance that they would be caught. In the words of former U.S. president Barack Obama, “every pathway to a nuclear weapon [was] cut off.” That is, until the Trump administration withdrew from the agreement in 2018. For the past two years, Iran has resumed its nuclear endeavours, managing to cut in half the amount of time it would require to produce fuel for a bomb.

Lack of support renders sanctions unlikely to have major effects

Due to opposition from other world powers, the new sanctions will probably not cause significant economic devastation to Iran again. In fact, U.N. secretary general António Guterres, most of the U.N. Security Council—only the Dominican Republic sided with the U.S.—and several European countries have all stated that the U.S. does not possess the legal authority to enforce the sanctions. When the arms embargo expires next month, Russia and China plan to continue selling conventional weapons to Iran.

Initially, Iranian officials realised that the U.S.’s moves were essentially harmless, as Iranian ambassador to the U.N. Majid Takht Ravanchi called them “null and void,” and president Hassan Rouhani even declared that weekend to be “days of victory” for the ineffective measures and the U.S.’s diplomatic isolation. Their delightful response was short-lived as the U.S. imposed more sanctions two days later, although they were mostly directed towards individuals linked to the nuclear programs. As a result, President Rouhani furiously accused the U.S. of “savagery” and “terrorist actions.”

Influence on 2020 election and the future of U.S. foreign affairs

By cutting off the 2015 nuclear deal, Trump enters the final stretch before the 2020 election by fulfilling statements made during his 2016 campaign that the agreement was “terrible.”

With this announcement, the Trump administration has damaged its relationship with Russia and China that was brought forth with the 2015 deal. The theme at this year’s United Nations General Assembly, the “necessity of multilateralism,” appears to take a jab at the Trump administration for being unwilling to cooperate with the U.N. and solidifying itself in isolation.