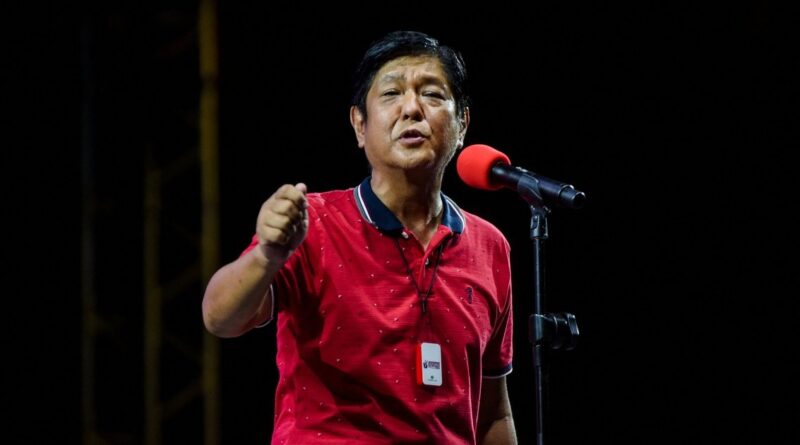 How did he gain popularity, and what will he do next?

On May 9th, Ferdinand “Bongbong” Marcos Jr. was elected president of the Philippines. He is the son of Ferdinand Marcos Sr., a dictator who ruled the Philippines from 1965 to 1986. During this time period, Marcos Sr.’s government committed many illegal acts, such as imprisoning opposition leaders and stealing state money. Despite his father’s previous rule, Marcos Jr. won the recent election with almost double the amount of votes his rival Leni Robredo received , according to an unofficial tally by the Philippines’ Commision on Elections . His vice presidential running mate, Sara Duterte, won as well, with more than three times  the votes of her rival. Marcos Jr’s inauguration is set for June 30th, 2022.

This landslide victory is a result of years of misinformation by the Marcos family about Marcos Sr’s dictatorship. Since they returned to the Philippines in 1991, the Marcos family has spread claims that Marcos Sr’s rule was a time of prosperity and economic growth. They have denied the human rights abuses and fraud committed by Marcos Sr, and recently they also spread negative disinformation about Marcos Jr’s rival Leni Robredo.

Much of this misinformation took place on social media such as TikTok and Facebook. Marcos Jr’s campaign took advantage of the fact that many young voters did not live through Marcos Sr’s dictatorship, or they were too young to remember it. The education system in the Philippines gives very little information about Marcos Sr’s dictatorship, which means that they were not educated on previous injustices committed by the Marcos Sr Government. The Philippines has had problems with misinformation for years, with many local politicians hiring ‘trolls’ to boost their campaigns.

Marcos Jr’s campaign also gained popularity because his vice presidential candidate was Sara Duterte, the daughter of the current president. This brought him supporters from the south of the Philippines, where the Duterte family is very popular. Rodrigo Duterte, the current president, has supported the Marcos family in the past by recommending that Marcos Sr be given a hero’s burial.

Marcos Jr’s campaign didn’t give many details about his plans for the country. His platform was about creating ‘unity’, and he is expected to have similar policies as Rodrigo Duterte. Marcos Jr. has been quoted as saying he will only let the International Criminal Court’s prosecutors enter the Philippines as tourists, which would stop them from investigating Rodrigo Duterte’s “war on drugs”. He is also expected to continue Duterte’s policies of close ties with China and strong economic growth.

Many people both inside and outside of the Philippines are upset with these election results. Karapatan, a Filipino human rights group, has told Filipinos to reject Marcos Jr’s presidency. On May 10th, a protest of over 400 people, many of whom were students, was held outside the election commission in the Philippines. There was also a protest held by the Filipino-Canadian community outside of the Philippine Embassy on May 11th.  The protesters spoke with survivors of Marcos Sr’s martial law and held prayers. Several of the protesters have family who live in the Philippines, and they said that they feel “deeply impacted” by the recent election results.

Lema, Karen, and Tom Allard. “Fall and Rise: Marcos Family Back in Power in the Philippines.” Reuters, 10 May 2022. www.reuters.com, https://www.reuters.com/world/asia-pacific/fall-rise-marcos-family-back-power-philippines-2022-05-10/.

Ratcliffe, Rebecca. “Philippines Election Q&A: Why Did Marcos Jr Win and What Can We Expect from His Presidency?” The Guardian, 10 May 2022. The Guardian, https://www.theguardian.com/world/2022/may/10/philippines-election-qa-why-did-macros-jr-win-and-what-can-we-expect-from-his-presidency.