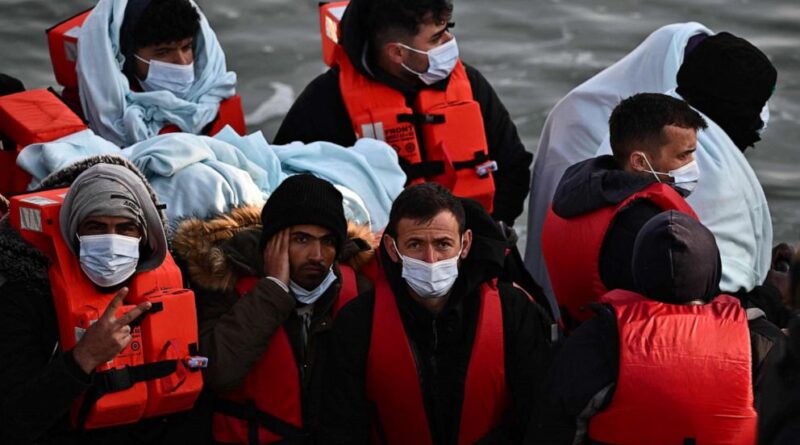 Why were strong concerns expressed about the UK’s latest plan of the asylum system?

The UK Announces a Controversial Plan

The UK has announced a new plan to send some asylum seekers to Rwanda. This plan aims to deter human traffickers who smuggle migrants over the English Channel into the UK. This policy is very divisive, and several human rights groups have criticised it.

In the past, the UK has had many problems with migrants crossing the English Channel to try and seek asylum. More than 3000 asylum-seekers attempted to smuggle themselves across the channel in March of 2022, and a total of approximately 28 000 more attempted in 2021 more than triple the amount of people in 2020. The amount of migrants crossing will continue to increase due to the current crisis in Ukraine. Many migrants have died trying to make the crossing. In November 2021, 27 people died when the boat capsized, bringing a great amount of attention to this issue. The UK government claims that this new plan will prevent deaths like those.

In the UK, migrants who successfully claim asylum and are granted a refugee status can stay with their dependents for up to 5 years. They must be physically in the UK to try to claim refugee status, which is why many migrants are so desperate to get to the UK.

Only single men who have attempted to enter the UK by boat will be sent to Rwanda. The migrants sent to Rwanda will go through the asylum process in Rwanda. If they are successful, they will receive permission to permanently stay in Rwanda as a refugee. The prime minister of the UK, Boris Johnson, claims that Rwanda can resettle “tens of thousands of people” in the future. Anyone who attempted to cross to the UK after January 1st, 2022 could be sent to Rwanda.

This new plan has been very controversial. The UN’s refugee agency (UNHCR) called it cruel, saying that people shouldn’t be “traded like commodities”. Other human rights groups have pointed out that Rwanda’s government has a history of human rights abuses. Last year, the UK criticised Rwanda for “continued restrictions to civil and political rights”.  However, Prime Minister Boris Johnson now claims that Rwanda is one of the safest countries in the world.

Boris Johnson claims that the plan will save “countless lives” and will stop illegal smuggling. He reaffirms that the plan is “fully compliant” with all international laws. He also says the plan will become a “new international standard”. The UK isn’t the only country to try to send refugees elsewhere for processing. Australia also keeps asylum seekers in detention centers on Pacific islands and Denmark passed a similar law last year. The UK’s plan could lead other countries to make similar plans, which would have significant consequences for refugees around the world.