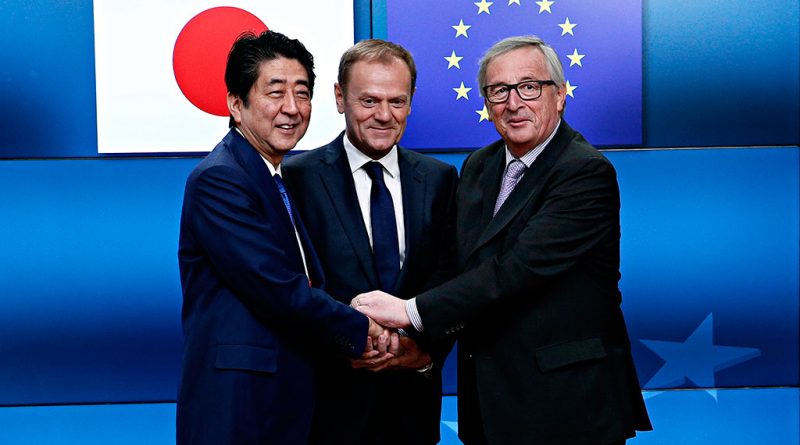 EU and Japan sign a trade deal worth $3.6 billion in tariffs

For the past few months, the global trade economy has been threatened by increasing protectionism. For instance, the United States have imposed a number of tariffs on foreign goods from multiple countries and is considering adding more. Nevertheless, measures have been taken to offset these tariffs on the international scale, such as the free trade deal signed between the EU and Japan last Tuesday.

The EU-Japan Economic Partnership Agreement, or EPA, has been promoted as the “largest bilateral trade deal ever,” in the words of Donald Tusk, the president of the European Council. The deal in itself lowers tariffs on various European exports, such as cheese and wine, and on Japanese automobile and electronic exports. A trade deal with such magnitude stands out in harsh contrast to the Donald Trump’s trade policies, who has been withdrawing from trade agreements, such as the TPP, and establishing more and more tariffs in recent months. It must also be kept in consideration that this trade deal covers 600 million people and a third of the world’s GDP. It is estimated to remove around $3.6 billion worth in tariffs for both European and Japanese exporters. 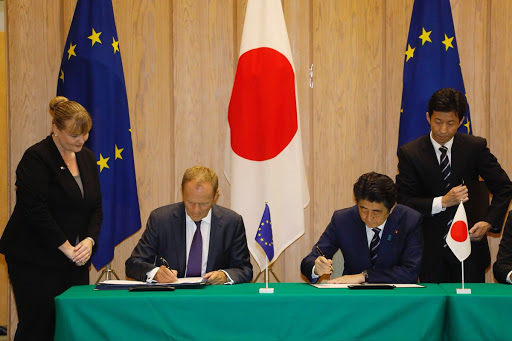 Other countries have taken similar measures against Trump’s protectionist stance on global trade. For instance, China has initiated talks with the European Union to build a stronger trade relationship. Again, strong support for free trade has been shown from multiple countries, which stands out against the United State’s recent increase in tariffs. It seems that the signing of this agreement was also in retaliation to the severely protectionist attitudes of the United States. As described by Shinzo Abe, “While protectionism is spreading in the world, Japan and the European Union will take the lead as flag bearers for free trade.” The deal is expected to be put into effect in 2019, after going through a revision process by European and Japanese lawmakers. 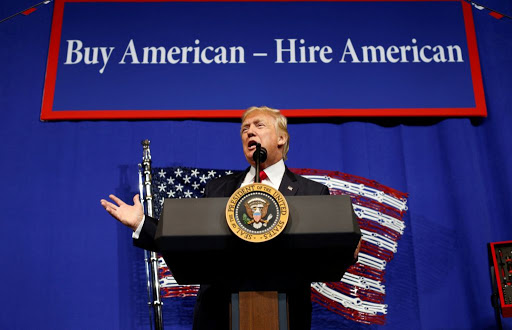 Bryan, Bob. “The European Union and Japan Just Signed a New Trade Deal, and It Shows How the Rest of the World Is Fighting Back against Trump’s Attacks.” Business Insider, Business Insider, 17 July 2018, www.businessinsider.com/eu-japan-free-trade-deal-trump-tariffs-2018-7.