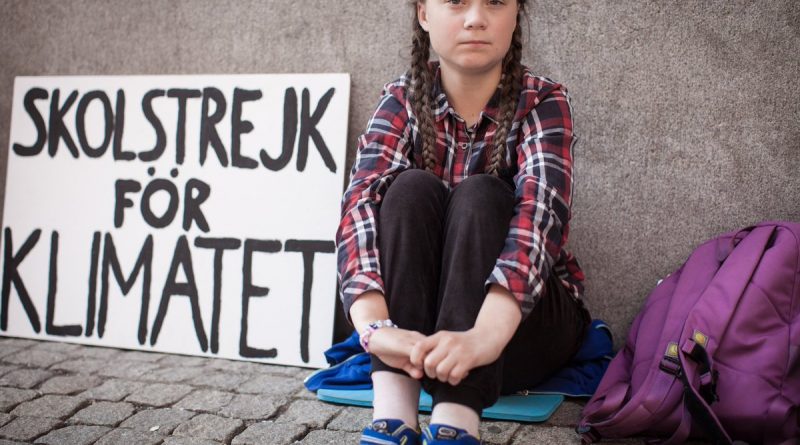 Greta Thunberg, a schoolgirl from Stockholm, Sweden, decided to protest against carbon emissions and its impacts on the global climate. Despite starting humbly by herself, she has grown an extensive international movement that has captured the attention of students around the world and the governments responsible for greenhouse gas emissions.

Since her initiation of the school walkout, demanding action on climate change in Europe, other students who were inspired by her are also starting their own movements in their communities.

Unravelling of the Climate Protest

On August 20th, 2018, Greta Thunberg decided not to attend school in an effort to demand action for climate change, especially pointing out the recent wildfires and heatwaves in Sweden. Thunberg protested in front of the Rikstag every day during school hours, holding up a sign reading “Skolstrejk för klimatet” (“school strike for climate”). Among her protest, she demanded the government to stay within the limit of carbon emissions according to the Paris Climate Agreement. On 7 September, just before the Sweden general elections, she announced that she would continue to strike every Friday until Sweden aligns with the Paris Agreement, hence coining the slogan, “FridaysForFuture”, which gained global attention.

With the rise of protests in other countries in Europe, North America, and Australia, many adults and political figures criticize the students for causing administrative problems in the school and putting activism above one’s own education. Prime Minister Theresa May of the United Kingdom criticised the strikes as “wasting lesson and teaching time”, and Prime Minister of Australia Scott Morrison called for “more learning and less activism” following the strikes. In addition, Australia’s Education Minister Dan Tehan suggested that “if school students feel strongly about a cause, then they should protest in their own time in the evenings or on weekends.” Instead of diverting the argument, the adult’s comments fuel the momentum of the protests as the movement would prove that climate action is more important than school. Ironically, the students respond that there would be nothing to learn if they do not have a future, shutting down some critics. Thunberg, who was also concerned with the political figures who were admonishing the students or ignoring the strikes stated, “[the government is] desperately trying to change the subject whenever the school strikes come up. They know they can’t win this fight because they haven’t done anything.”

Thunberg’s candidness has found an audience who are exhausted by the government’s empty promises and strived to find a climate leader to raise their voices against climate change. The rise has not faltered as it has been supported by many scientists and activist organisations. Not only do the masses consist of students, but also climate professionals and various climate action organisations. The school strikes for climate action does not appear to weaken but have gathered a wider range of support from the adults and a continuous growth of student support around the world.