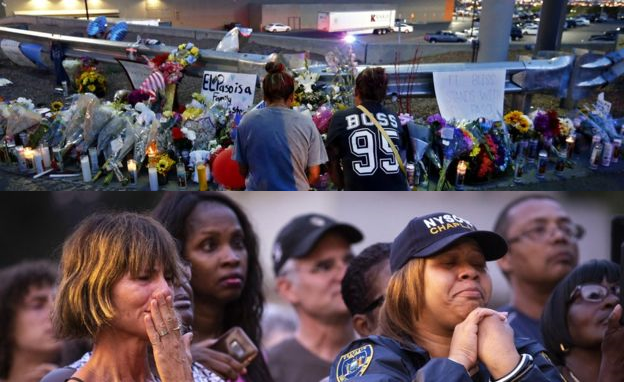 On the morning of August 3, an armed man opened fire in a local Walmart located in El Paso, Texas leaving twenty-two dead and twenty-four injured. He was seen wearing dark attire with glasses and ear protectors and carrying an assault-style rifle he had obtained legally. The man surrendered on the scene once authorities arrived outside the store.

El Paso is a city just along the US-Mexico border with a predominantly Hispanic or Latino population. The 22-year-old responsible for this massacre is Patrick Cruisius.

“I am simply defending my country from cultural and ethnic replacement brought on by an invasion,” reads an online message posted before the shooting, which is believed to be written by Cruisius. Police are still investigating whether this was a targeted attack.

Crusius has been charged with capital murder.

Hours following the shooting in El Paso, a gunman opened fire on E 5th Street in Dayton, Ohio, killing nine and injuring twenty-seven. 24-year old Connor Betts is identified as responsible for this massacre and was shot by police just 30 seconds after the open fire. Betts was seen wearing a mask, body armor, and an assault rifle he obtained legally from Texas. Police are investigating Betts’ motives for this shooting.

Among the nine victims was Megan Betts, the gunman’s sister. Megan Betts was walking with another man before the shooting occurred and was found dead on the scene while the man was wounded.

Many people immediately responded to the attacks accusing Donald Trump’s polarizing ideals of white supremacy as the motive of the gunmen responsible for the two shootings.

“Trump has given people permission to say what they think. And that’s crack cocaine. That’s powerful. When someone allows you to be authentic, that’s a very, very potent thing,” said an assistant professor at Louisiana State University.

The next day, Donald Trump made no mention of white supremacy and instead responded to the tragic events as in a tweet: “Republicans and Democrats must come together and get strong background checks, perhaps marrying this legislation with desperately needed immigration reform.”