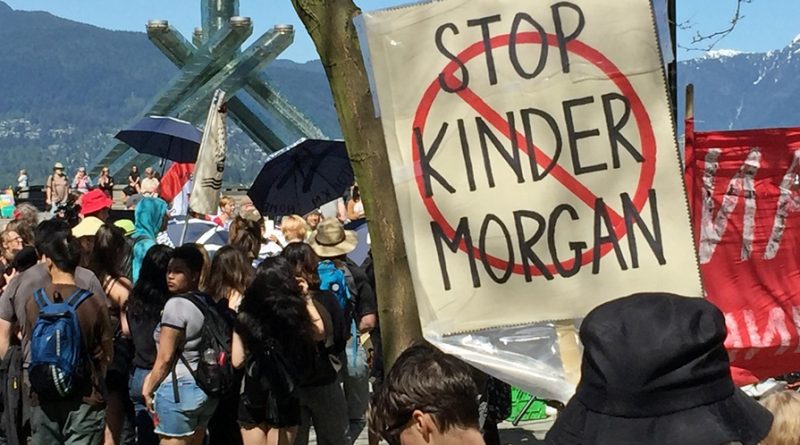 Pipeline’s future still uncertain as BC continues its opposition

In April 2012, the pipeline giant Kinder Morgan Canada announced plans for an expansion of its existing Trans Mountain Pipeline, the only pipeline transporting petroleum from Alberta’s oil sands to British Columbia’s ports. After the expansion, the amount of petroleum shipped into BC will nearly triple, from 300,000 barrels per day to 890,000 barrels per day. All of the product will be diluted bitumen, a form of heavy oil often used in the production of asphalt.

The demand for the expansion is mainly due to an increased demand for petroleum products in Asian markets. Canada is in a prime position to provide these products, with its large oil production and ability to ship oil via tanker directly to Asia. Since then, the expansion has sparked widespread controversy and conflict between the Albertan and British Columbia provincial governments – causing each party to impose sanctions against each other.

Ever since British Columbia Premier John Horgan voiced his government’s opposition for the pipeline, progress on the pipeline has been stalled. In charge of a coalition government with the BC Green party, Horgan’s government cites that better cleanup plans, further environmental studies and stronger precautions are required in the event of a bitumen spill. Horgan’s government has since placed a restriction on the amount of bitumen that can be imported into the province each year until its effects can be further studied.

In addition, five BC First Nations groups and the cities of Burnaby and Vancouver have all filed challenges in the Federal Court of Appeals. They state that the environmental impacts of a potential bitumen spill, both from the pipeline or from tankers headed to Asia, would be disastrous for their communities. Furthermore, a spill could require billions of dollars to clean up, and irreversibly damage the environment of the BC interior and coastline.

Nevertheless, Alberta’s Premier, Rachel Notley, has continually pushed for the pipeline to be built. She argues that the pipeline is for the economic benefit of the entirety of Canada, and that British Columbia’s opposition to the pipeline is a detriment to Canada as a whole. Prime Minister Justin Trudeau has also been in support of the pipeline, making several visits to key locations such as Vancouver in an attempt to sway support for the pipeline. With BC’s approval looking unlikely, the future of the pipeline is still in limbo.