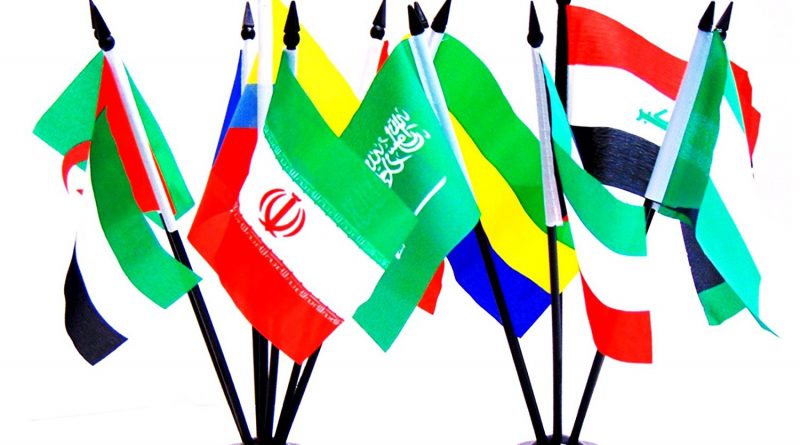 Though the price of crude oil is influenced by many factors, OPEC continues to retain the most control

OPEC, the Organization of the Petroleum Exporting Countries, is a permanent intergovernmental organization created at the Baghdad Conference from September 10th-14th in 1960 by Iran, Iraq, Kuwait, Saudi Arabia, and Venezuela. Headquartered in Vienna, Austria, OPEC’s objective is to create and enforce petroleum policies, among Member Countries to ensure stable prices for petroleum producers, maintain efficient regular supplies of petroleum for consuming nations, and fair returns on capital to investors.

In the recent months, United States President Donald Trump has ordered OPEC to increase its production and to reduce prices. In fact, he has accused OPEC of driving fuel prices higher and urged Saudi Arabia to pump more oil if it wanted Washington to continue protecting it against its top rival Iran, the third-largest producer. His order, however, threatens Iran. Furthermore, Iran’s Oil Minister has reported that “[Every day,] Mr. Trump sends a new message that creates uncertainty in the market.”

Trump’s recent order for OPEC’s increased production risks destabilizing the market, and has been taken as a great insult by the governments and nations of OPEC. Despite Washington’s threat to focus on international consequences regarding Iran’s nuclear program, Trump’s demands have not led to any changes in Iranian oil production and exports. Iran’s refusal to follow Trump’s demands have led to U.S. sanctions on its exports, prompting buyers to cut purchases. Consequently, allies of the U.S. have also cracked under U.S. pressure; South Korea has halted all Iranian oil shipments in July — for the first time in six years. Due to this, Zanganeh, the Iranian Oil Minister, regards the tension between Tehran and Washington as a “trade war.”

However, the EU, as Iran’s biggest oil importer, has promised to keep the 2015 nuclear deal alive without the United States by trying to keep oil and investments flowing. In fact, foreign ministers from five European countries have offered packages of economic measures to Iran to counter the U.S. sanctions. However, Tehran says that the packages are not enough, and Iran has instead taken matters into their own hands — in retaliation to the U.S. sanctions, Iran has threatened to block crucial oil exports through restricting access to key Gulf waterways.

Amongst these political trade wars, OPEC has continued to seek stability in the market and looks for further enhancement in dialogue and co-operations with consumers and non-OPEC producers. This recent situation is a testament to how effective the agreements between OPEC and non-OPEC exporting countries can be in influencing the recovery for crude prices.

Blackmon, David. “The Oil And Gas Situation: OPEC And Russia Are In Control Of Crude Prices