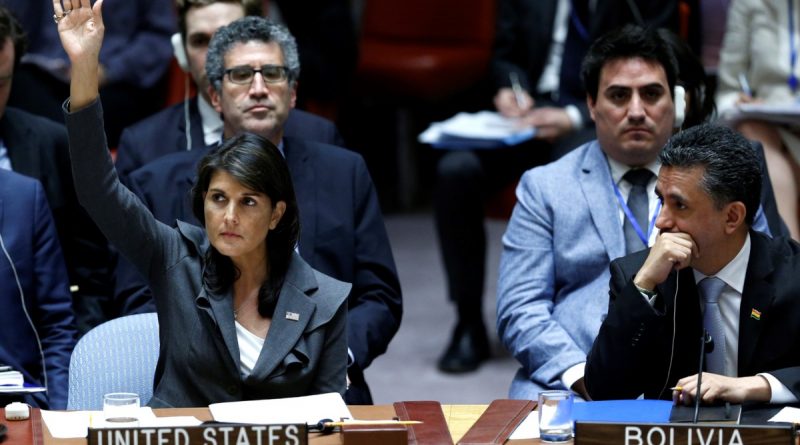 A Stance Against Ineffectiveness or Neglect?

What is the Reasoning Behind the Pullout?

The UNHRC meets three times a year to discuss human rights issues. However, it holds no power over the international community and can only pass non-binding resolutions or recommendations to help those in need. The U.S. accuses the UNHRC of allowing countries with poor human rights records on the council that resist reform within their nation. Nikki Haley, the UN ambassador for the U.S. said it was hypocritical for many countries on the council to be scrutinizing human rights violations in other countries, stating that “Russia, China, Cuba and Egypt all attempted to undermine our reform efforts in the past year.”  Furthermore, the U.S. believes there is a tendency for the UNHRC to relentlessly focus on human rights abuses committed specifically by Israel, one of its close allies, who is discussed ten times as frequently as Iran in the council now that the U.S. has pulled out.

For some, this is seen as another isolationist move by Trump, whose government has pulled out of various other international treaties such as the Paris Agreement and the Iran Nuclear Deal. The European Union has also said that this move has undermined the U.S. as a human rights defender and democracy advocate on an international stage.

Human rights organizations such as Amnesty International and Human Rights Watch have also responded rather negatively. They state that the U.S. themselves was being hypocritical in its defense of Israel, Israel being just as likely to commit violations as say South Sudan or Myanmar. Israel, on the other hand, supports the U.S., claiming it was a “courageous decision”.

What does this mean for the UN?

One large area of concern from activists is that leaving the council will not instigate any form of change, but will rather prevent future investigations of human rights abuses from happening. They agree that the UNHRC has flaws, but  the U.S. should assume a leadership role in reform rather than leaving the problem behind. Furthermore, the U.S.’s departure merely opens up a opportunity for leadership that a country with potentially poorer records is likely to take. According to the Guardian, that country would be China, who has continued to shift the focus of resolutions in the UNHRC in their favour. With the UNHRC as the only international platform for countries to discuss violations, many are concerned that China will undermine the existing standards for human rights and the progress made by the organization thus far.

Eve, Frances. “The US Withdrawal from the UNHRC Is a Gift to Xi Jinping and China | Frances Eve.” The Guardian, Guardian News and Media, 22 June 2018, www.theguardian.com/world/commentisfree/2018/jun/22/the-us-withdrawal-from-the-unhrc-is-perfect-for-xi-jinping-and-china.