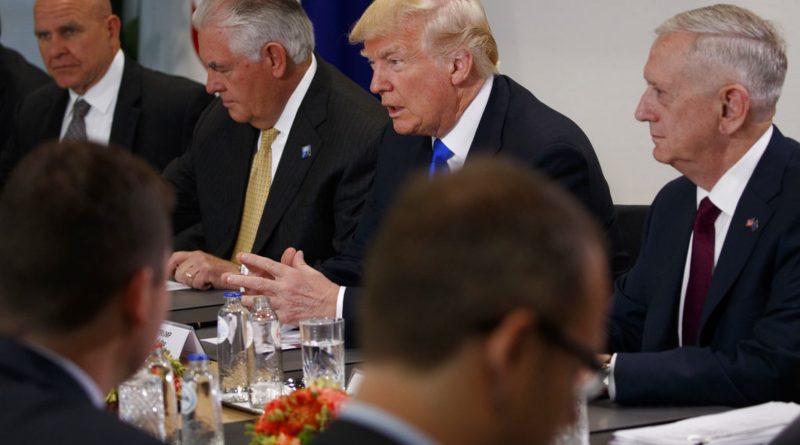 The North Atlantic Treaty Organization (NATO) is a military alliance whose purpose is to ensure the stability of regions and protect member states from weapons of mass destruction, terrorism, and cybercrime. It is composed of 29 member states, which includes the United States and many of the countries in the European Union (EU). It was first founded in 1949 after the Second World War to help member states rebuild their nations under America’s protection. Today, the United States continues to lead this organization, as the country contributes approximately three-quarters of its budget.

Ever since the 2016 American election campaign, President Trump called NATO “obsolete” and criticized other NATO members for failing to fulfill the quota of monetary contribution (2% of the country’s GDP) to military funding. Furthermore, his close relationship with Russian leader Vladimir Putin caused much fear among European nations that the United States would abandon Article 5 in NATO, which is the clause that guarantees collective defence (meaning that the attack on one member of NATO would be a treated like an attack on all nations). Their worries are particularly prevalent because Trump is also disappointed in the shift in NATO’s focus, which he believes should be counterterrorism rather than Russian aggression in Europe. However, the United States has supported European officials in deterring Russia through military drills, technology, and financial aid regardless.

At the recent NATO summit on July 11th, Trump demanded that member states pay up to 4% of their GDP, as only 8 of the countries including the USA were actually making adequate payments. He also arrived 30 minutes late to the meeting about NATO’s presence in Eastern Europe, in which he called Germany “a captive to Russia” because they requested NATO’s support in defense from Russia whilst importing massive amounts of energy from them. Nonetheless, progress was made on the topic of counterterrorism, troop commitments, and reforming command structures, though many claim Trump is only helping Putin by dividing NATO countries; he could potentially scrap military exercises altogether, or recognize the recently-annexed Crimea as part of Russia rather than Ukraine. As the United States – Russia Summit also approaches (July 16th), members of NATO await the fate of nearly 70 years of safety under collective security.

Amadeo, Kimberly. “We Need NATO Now More Than Ever.” The Balance, The Balance, www.thebalance.com/nato-purpose-history-members-and-alliances-3306116.