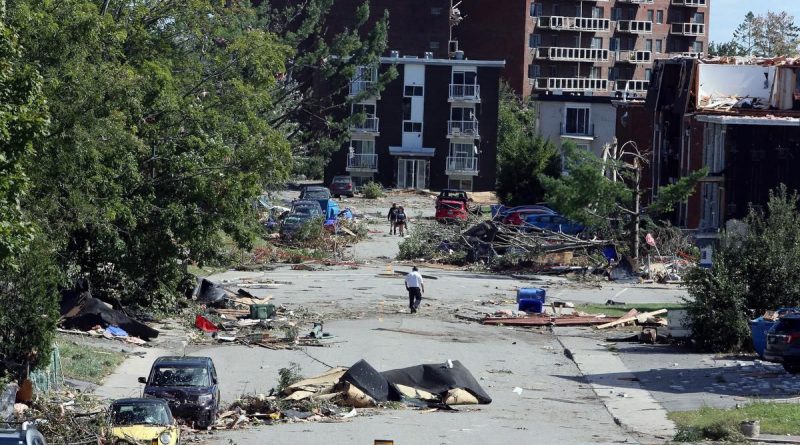 Homes have been devastated and thousands are left without electricity

On September 21st, six tornadoes ripped through communities near Ottawa. The tornadoes ranged from 1 to 3 on the Enhanced Fujita scale, meaning that wind speeds ranged from 138 km/hr to 265 km/hr. Three tornadoes touched down in western Quebec, and another three met with areas west of Ottawa. Fortunately, the tornadoes hit a relatively rural area and casualties were kept to a minimum. Nevertheless, Environment Canada confirms that a single EF-3 tornado devastated rural areas in Eastern Ontario, then moved on to hit Gatineau, a city situated in Southwestern Quebec. Other less powerful tornadoes ripped through neighbourhoods nearby Ottawa, though most of the damage was limited to the woodlands.

This past Friday, Gatineau released a report on the damage dealt by the tornado. 1,762 residents have been registered in the victim centre and most have been given rooms in local hotels and emergency shelters. Sixty buildings have been destroyed in the city alone, and many trees and power lines have been toppled. In total, 261,000 people are without power – in the Ontario area alone, 147, 000 do not have access to electricity.

Nonetheless, recovery efforts have been carried out – Red Cross reports that more than $2.1 million has been raised to support those affected by the tornado in Gatineau. The Ontario provincial government has also announced that it will be giving $1.5 million to aid in the removal of trees and other debris. While many are still recovering from the extensive damage, recovery has been steadily progressing, albeit slowly. Although it will be a while before the damage is fully restored, the situation could have been much worse.