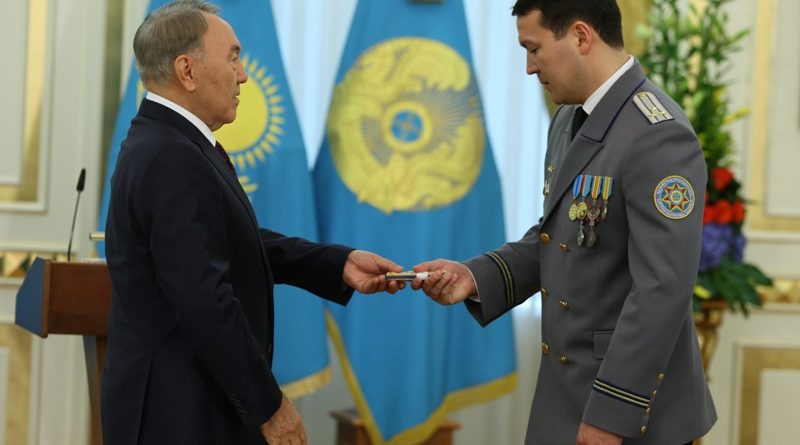 Who is Nursultan Nazarbayev?

Born in 1940, Nursultan Nazarbayev was a steelworker before working his way up through the ranks of the Communist Party in the Soviet Union and becoming the Communist Premier of the Kazakh SSR in 1989, not long before the dissolution of the Soviet Union. Nazarbayev became the first president of an independent Kazakhstan in 1990, holding that title until the 19th of March this year when he stepped down. Officially Nazarbayev said that he was stepping back to a role as more of a “mentor” and was making way for a “new generation of leaders” He was 78 when he stepped down.

In total Nazarbayev held the position of President for close to 30 years. he oversaw large economic growth during his presidency as a result of significant investment into the country’s oil-rich energy sector, this has backfired in lately as oil prices have dropped and rendered the previously stable oil profits unreliable. Most of the cabinet was sacked recently by Nazarbayev who cited failure to stimulate economic growth as the reason.

Nazarbayev has created a strong cult of personality during his time in office and all elections since the country’s creation have been criticised by international observers, though they were not met with heavy opposition within Kazakhstan on account of Nazarbayev’s popularity. These past few years of economic hardship and stagnation have seen the tables begin to turn on his popularity though, leading to this being a possible reason for his resignation.

Following the constitution, Nazarbayev named the then Speaker of the Senate Kassym-Zhomart Tokayev to be the Interim President. Tokayev is a veteran member of the political establishment and a long-time lieutenant of Nazarbayev, he also has close ties with the Kremlin and Beijing who are the two most important foreign relations for Kazakhstan. He is anything but part of a “new generation of leaders” that Nazarbayev claimed to be making room for, thus it is expected that Tokayev will not be running in the presidential elections when his term is up in April next year.

The two people who look most likely to assume the role of President in the near future are Doriga Nazarbayev, Nursultan Nazarbayev’s daughter, and Samat Abish, Nursultan Nazarbayev’s nephew. Both have taken up larger roles in the government in the years and months preceding Nazarbayev’s resignation. Samat Abish becoming the Deputy Speaker of the powerful National Security Council, and his cousin Doriga becoming the new Speaker of the Senate now that Tokayev is President. Doriga is next in line for the presidency as Speaker of the Senate, this would only be important should Tokayev step down as President or if he were to die in office.

While Doriga is an acceptable candidate for Kazakh President to most of the world, the country itself is heavily misogynistic and it remains to be seen if they would accept her as a leader. Samat Abish is a safer bet in terms of who the people are more likely to accept. In the end, it may be that neither of them will be President on account of building tension over the Nazarbayev family’s hold on power.

What About What Nazarbayev is Doing Now?

Nazarbayev is still quite active in Kazakh politics, remaining a member of the country’s constitutional council, as speaker of the National Security Council, and as a powerful force within the leading Nur Otan Political Party. His position on the constitutional council gives him a say in any potential future constitutional changes. As speaker of the National Security Council Nazarbayev has say over both foreign policy and has broad power over domestic policy. With his political influence, he also has the ability to get almost any bill he wants to be passed through the legislature.

Though he gave up his formal position of power, Nazarbayev still retains incredible power over Kazakhstan without any of the tedious days to day work of being President.