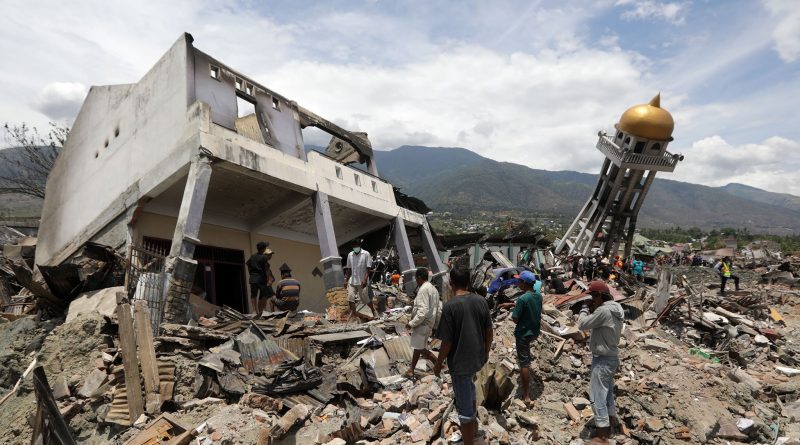 On September 28th, an earthquake measuring 7.5 on the Richter scale hit just off the coast of the Central Sulawesi province in Indonesia. Although the earthquake itself did considerable damage, the resulting tsunami devastated the city of Palu, which is situated nearby Talise Beach. Although the city issued a tsunami alert, the forecast underestimated the severity of the disaster, which had waves up to six metres tall.

As of October 9th, the death toll has risen over 2,000, with many still unaccounted for in more remote areas. The twin disaster has destroyed over 65,000 homes and displaced 70,000 people, who are currently living in temporary shelters and tents. Supplies are quickly running out and many victims have resorted to looting food and other items from broken down stores. Clinics are being overwhelmed by the sheer volume of casualties, and many bodies are left unidentified and disposed into mass graves to reduce the risks of disease and contamination.

How Did It Get This Bad?

The damage, though severe, could have been mitigated with proper alert systems and other similar systems. For instance, Indonesia’s National Disaster Mitigation Agency reports that none of the country’s tsunami detectors had been operating before the tsunami struck. Even though the government had issued a tsunami warning, most residents

did not receive the message due to a blackout caused by the preceding earthquake. There were no sirens present, either, and many were unaware up until the tsunami happened. As a result, many citizens remained in Palu when it struck, resulting in widespread damage and injury.

To repair the extensive damage, recovery efforts have begun – officials in Palu have stated that “plans for redevelopment [are] underway.” Nevertheless, a lack of sufficient heavy lifting equipment have made the rescue effort difficult, as many are still trapped under collapsed buildings and rubble. Several humanitarian aid organizations have arrived at the scene but are finding it difficult to transport staff and resources, as the main airport is severely damaged and a majority of the area has lost electrical power. Despite the efforts, there is no telling how long it will take for Indonesia to completely recover from this incident.