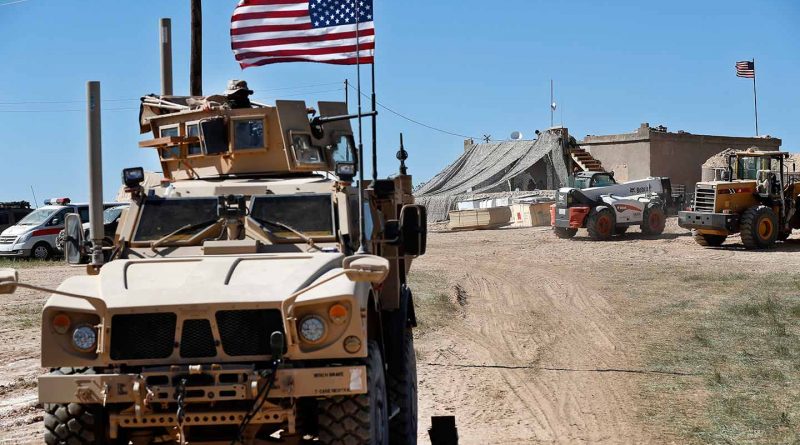 Trump’s move to recall troops from Syria has rattled his government, including the resignation of Defense Secretary James Mattis

On December 19th, US President announced the recall of all US troops in Syria. After over three years of anti-IS action in Syria, over 2000 troops are finally heading home. According to Trump, the war against IS has already been won.

Others, however, are uncertain about the so-called victory. Within the US, repercussions have already been felt. Many key politicians feel “blindsided” by Trump’s sudden decision, while US Defense Secretary James Mattis himself resigned the day after the announcement. Regardless of these protests, troops are expected to be back in the US within 100 days.

History of US Involvement

Syria, a country in the Middle-East, has been embroiled in a deadly civil war since 2012. Multiple factions are involved, including the government’s military, opposition fighters, and other militant groups such as IS (then known as ISIS). Foreign powers, such as the US, Russia, and Iran, backed different groups through supplies and airstrikes.

In 2015, the US began sending troops to support the opposition militias of the Syrian Democratic Forces (SDF) against the IS. Allied troops eventually took key IS positions in northern Syria such as the de facto IS capital, Raqqa. The IS, which once controlled half of Syria’s territory, has now been relegated to the country’s eastern fringes, in part due to US support.

As with many of Trump’s decisions, this one has not been popular. Ever since his election campaign, he’s argued that the “policeman” role of the US in Syria is no longer necessary, declaring the war already won. Many prominent US politicians disagree. Republican Senator Lindsey Graham compared Trump to former President Barack Obama, who recalled troops from Iraq under similar circumstances in 2011. Obama’s decision left a power vacuum which was filled by militant groups such as the IS.

The most significant internal consequence of Trump’s decision is the resignation of Defense Secretary James Mattis. This is not the only time he’s disagreed with the President: Trump’s cancellation of the Iran nuclear deal and his lack of climate policy drew criticism from him, too. A replacement has yet to be named.

One of Mattis’ concerns expressed in his open resignation letter was the abandonment of US allies. He said that allies such as the SDF were indispensable to US power abroad and deserve continued US assistance. Trump’s sudden decision to leave those fighters behind showed a stunning lack of commitment.

Without US backing, the SDF is vulnerable to advances from the IS, Syrian government forces, and from their northern Turkish neighbours. The IS and the Russian/Iranian-backed government want to reclaim territory they see as rightfully theirs, while Turkey fears that the mainly-Kurdish SDF will join the Kurdish Workers’ Party rebels and fight against the Turkish government.

Without doubt, Trump’s decision will considerably affect Syria’s situation. The government of President Bashar Al-Assad, backed by Russia and Iran, will be able to further solidify its power as the US pulls out. The military no longer needs to worry about engaging powerful US troops.

Local resistance groups are not up to par, either—a US program to train fighters has only yielded 8,000 of an expected 40,000. Though the possibility of US troops returning to Syria remains, the chances are low. It’s safe to say that the recall and its consequences are here to stay.

Borger, Julian, and Martin Chulov. “Trump Shocks Allies and Advisers with Plan to Pull US Troops out of Syria.” The Guardian, Guardian News and Media, 20 Dec. 2018, www.theguardian.com/us-news/2018/dec/19/us-troops-syria-withdrawal-trump.

Gibbons-neff, Thomas, et al. “The U.S. Has Troops in Syria. So Do the Russians and Iranians. Here’s Where.” The New York Times, The New York Times, 11 Apr. 2018, www.nytimes.com/interactive/2018/04/11/world/middleeast/syria-military-us-russia-iran.html.