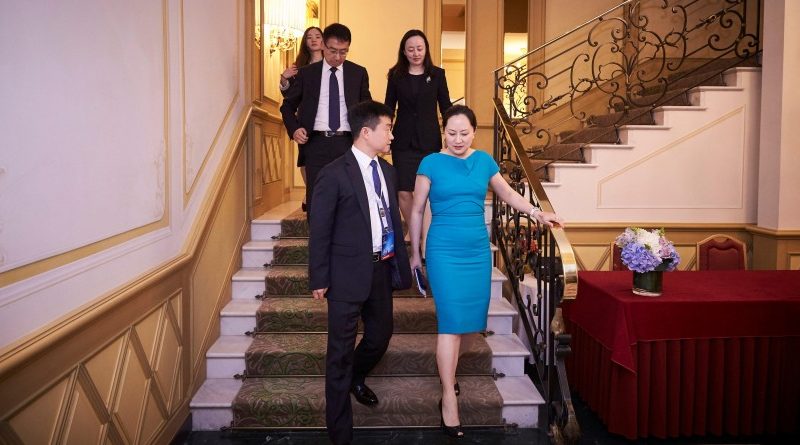 On December 1, Meng Wanzhou was arrested by Canadian authorities at the request of the United States. The Huawei CFO was detained at the Vancouver International Airport for defying sanctions and performing illegal dealings with Iran through the use of a shell company. Meng Wanzhou was eventually granted bail after three days of court hearings and a payment of $10 million, but still faces the possibility of extradition to the United States.

Since her arrest, relations between Canada and China have deteriorated drastically. Despite immense pressure from China calling for Meng Wanzhou’s release, the Canadian government has remained firm in its decision, citing the “rule of law” as the basis for her arrest and detention.

According to Global Affairs Canada spokesman Guillaume Bérubéver, over a dozen Canadians have been detained in China since Meng Wanzhou’s arrest. The two most high-profile cases were the arrests of entrepreneur Michael Spavor and former Canadian diplomat Michael Kovrig, both arrested on December 10th. The two Canadians have since remained in Chinese custody and have been accused of “endangering national security” by the Chinese government.

Additionally, Canadian Robert Schellenberg was sentenced to capital punishment by a Chinese court, after he appealed a previous 15-year sentence for drug smuggling. Prime Minister Justin Trudeau has condemned the sentencing and called it an arbitrary application of the death penalty. Following the sentence, the government of Canada officially updated its Chinese travel advisory, including a risk for “arbitrary enforcement of local laws.”

McCallum comments on the case

On January 26th, Prime Minister Justin Trudeau requested and approved the resignation of Canada’s ambassador to China, John McCallum, after he made several remarks regarding Meng Wanzhou’s arrest. At a Chinese media news conference, McCallum suggested that the Huawei CFO had a strong case against her extradition and listed several arguments for her case. His comments caused an uproar from former Canadian diplomats and opposition members, who demanded that he resign. A day after apologizing for “misspeaking,” McCallum once again made remarks on the situation, prompting his resignation. China’s state-run newspaper, the China Daily, denounced McCallum’s firing, calling the former ambassador’s comments on Meng Wanzhou “100 percent true.”

On January 29th, American justice ministers filed 23 hefty charges against Huawei and Meng Wanzhou.  While the United States has rejected the notion of these charges being related to the ongoing trade conflict, they will certainly strain forthcoming trade talks with China. One case accused Huawei of lying to the United States about two of its subsidiaries (Huawei Device USA and Skycom) and conducting business illegally in Iran. Included in another indictment were allegations of stealing technology from American company T-Mobile, committing wire fraud, and obstructing justice. Additionally, the U.S. submitted an official request for Meng Wanzhou’s extradition.

Canada’s relations with China have never been worse, and there seems to be little promise in resolving this conflict now that the U.S. has made a formal extradition request. Meng Wanzhou’s extradition would permanently sour relations with China, but rejecting the request could displease the U.S.. It appears that Canada has truly caught itself between a rock and a hard place.

“Thirteen Canadians Have Been Detained in China since Huawei Executive’s Arrest, Says Ottawa.” The Globe and Mail, The Globe and Mail, 4 Jan. 2019, www.theglobeandmail.com/politics/article-thirteen-canadians-detained-in-china-since-huawei-executives-arrest/.