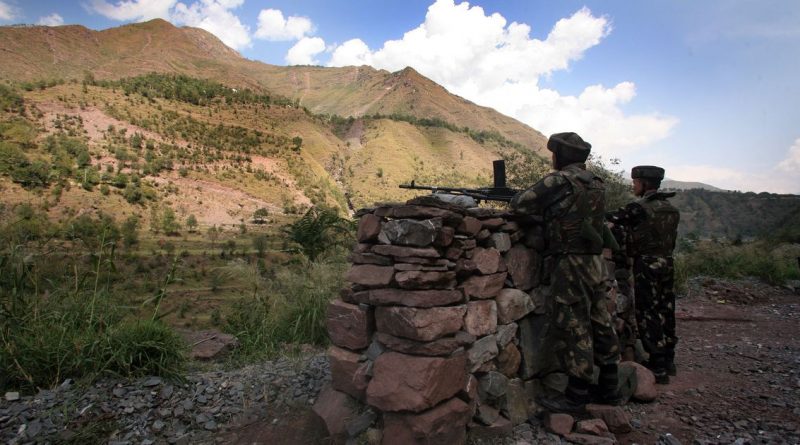 Confrontations between India and Pakistan continue on the Line of Control

Ever since India and Pakistan gained independence from British colonization in the 1940s, Kashmir has been a highly contested region. Kashmir is also internally divided; it contain both a Muslim and Hindu population. Furthermore, it holds symbolic meaning for both India and Pakistan, as it is a homeland for Muslims and politically significant for Indians. Despite Kashmir being split into Pakistan- administered Kashmir and India- administered Kashmir, three wars have occurred over this territory in past 3 decades. Continued sporadic violence and deadly skirmishes with security forces have prolonged the existing unrest. The two countries exchange fire frequently on the Line of Control (LoC) where the previous ceasefire was signed. Today, both India and Pakistan remain unwilling to give in.

On February 14th, more than 40 Indian soldiers died in Kashmir from a suicide attack, which Indians claim was carried out by a Pakistan-based group called Jaish-e-Mohammed (JeM). This Islamist militant group is listed as a terrorist organization by the United Nations and claimed responsibility for the attack. Although JeM is officially banned in Pakistan, Pakistan has a reputation for leniency towards terrorist groups; they have even allegedly allowed Taliban members to roam freely in the country. Thus, India blamed Pakistan for failing to prevent JeM’s activities and urged them to take immediate action.

India’s irritation is not unusual; it has experienced similar terror attacks before and has continually voiced its concerns to Pakistan. However, on February 26th, the Indian Air Force (IAF) decided to take matters into its own hands by sending fighter jets to perform air raids on a suspected JeM camp deep in Pakistan. In response, Pakistan’s Air Force carried out a new incursion into Indian territory. The Indian forces drove them out shortly, but two Indian planes were shot down in the process, and a pilot was captured. After several days of international mediation, the pilot was released unharmed in exchange for New Delhi’s commitment to de-escalating the crisis.

India’s actions proved their resolve towards national defence; however, its failure to relay their message to the press allowed Pakistan to gain more out of the situation. Firstly, the supposed JeM camp that the IAF bombed saw no signs of casualties. Pakistan took advantage of this, claiming that India’s actions had borne no fruit, diverting the attention from the fact the IAF had successfully infiltrated Pakistan and that it intended to take action against Pakistan-based terrorist groups if it remained apathetic. Secondly, after having captured the pilot, Pakistan pushed for peace and stated that they would release him the next day. This allowed itto bolster their national image by making India seem like the aggressors rather than the defenders. On the other hand, Indian President Narenda Modi proved he was willing to take a stand against Pakistan, which could benefit him in the upcoming election; he was previously facing increasing disatisfaction from Indian citizens.

Regardless of public perception, this standoff was the most prominent in 15 years. Both India and Pakistan possess massive nuclear arsenals that, if employed, could prove catastrophic for South Asia. Many worry that heightened tensions and increased retaliation will lead to a deadly nuclear threat. Nevertheless, the returning of the Indian pilot quelled such fears for the time being.

Why India and Pakistan Benefit from a ‘Violent Peace’ and the Threat of War – National | Globalnews.Ca. 2 Mar. 2019, https://globalnews.ca/news/5012554/india-pakistan-war-peace-kashmir/.