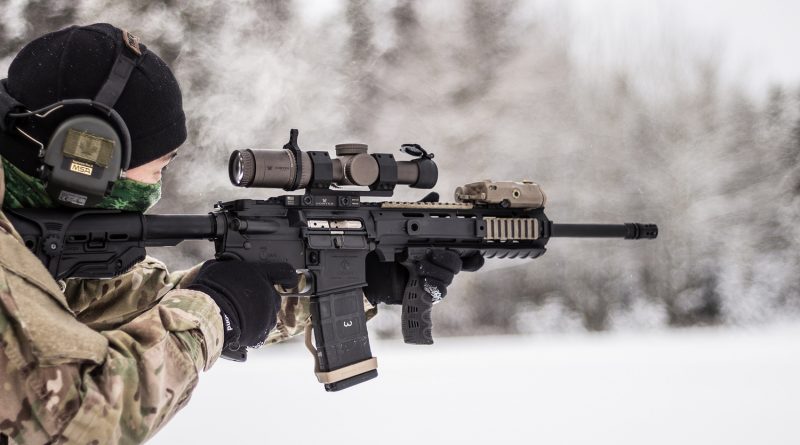 At the beginning of May, Prime Minister Justin Trudeau announced a ban on “assault-style” weapons, amounting to about 1,500 different types, all listed in the Canada Gazette. Premier Kenney criticised Trudeau’s decision, and, on June 3, 2020, introduced a provincial Firearms Advisory Committee.

A week after a mass shooter killed 22 victims in Nova Scotia, Prime Minister Trudeau announced a new ban which lessens the types of guns that citizens can buy legally. While this ban can be considered a response to the recent tragedy, it is also an act upon his election promise. He deemed that since these kinds of weapons are “designed for military use” they have “no place in Canada”. Additionally, in consideration of gun owners who now possess banned firearms, a Criminal Code amnesty period, lasting until April 30, 2022, has been given for these owners to hand in their (now banned) firearms.

Not everyone believes that this firearms ban will help keep gun crimes under control. Premier Jason Kenney believes that the federal government is targeting “legally purchased, inanimate objects” and criminalising law-abiding gun owners with this restriction. Kenney then said that “the Albertan government believes in targeting criminals who represent a threat to public safety” and mentioning that criminals “by definition, don’t care about the consequences of breaking laws”.

Consequently, Premier Kenney announced two new actions from the Albertan government on June 3, 2020, which include a new Firearms Advisory Committee and the moving of forensics testing to Albertan facilities. The committee will be chaired by Michaela Glasgo, MLA of Brooks-Medicine Hat and consist of MLAs, retired law enforcement officers, hunters, sportsmen and sportswomen, collectors, and a former member of the Canadian Armed Forces, and they will be advising the provincial government on new firearms policies. The second action for transferring forensics testing from RCMP facilities in central Canada to the Calgary and forthcoming Edmonton labs is caused by the delay of attaining results from the RCMP. Since the R. v. Jordan decision from the Supreme Court ruled that accused persons have the right to be tried in a reasonable time, the delay in testing results sometimes results in criminals being let go. Thus, the move of testing to Albertan facilities is to improve the timeliness of trials.

The number of illegal firearm seizures in Canada in the year 2019-2020 amounted to 753, though it is unknown how many illegal firearms actually exist around Canada.

There are approximately 2.2 million individual firearms license holders in Canada, although the number out of these license holders who would be affected by the firearms restriction is unknown. Nevertheless, it is estimated that there are 90,000 firearms that will now be restricted.

Government of Canada, Department of Justice. Firearms, Accidental Deaths, Suicides and Violent Crime: An Updated Review of the Literature with Special Reference to the Canadian Situation. 10 Mar. 1999, https://www.justice.gc.ca/eng/rp-pr/csj-sjc/jsp-sjp/wd98_4-dt98_4/p3.html#a32.