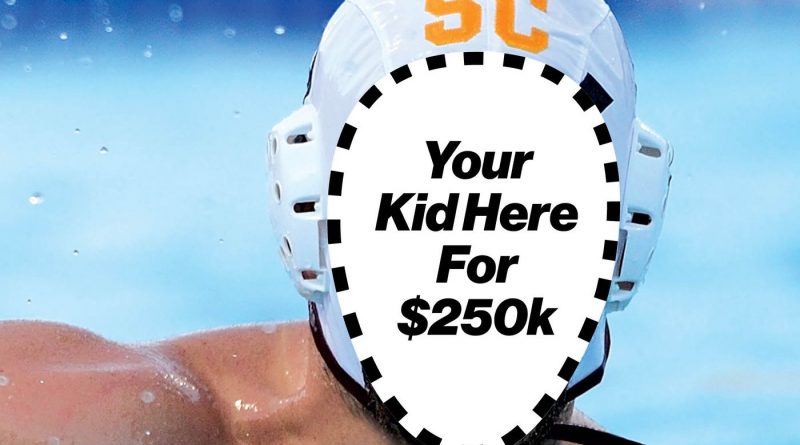 An uncovered scandal puts dozens of parents, universities, and other involved parties at risk of charges

Abuse of money and wealth has long been a problem in society. However, more injustice has recently come to light as a major college admission scandal was discovered. Wealthy parents, Hollywood actresses, and business leaders have been found to have bribed big-name schools such as Stanford and Yale into accepting their sons and daughters. One example is of a teenage girl who was accepted as a “soccer recruit” at Yale despite having zero previous experience in the sport. It is estimated that this unethical acceptance costed $1.2 million from her parents. With this major scandal uncovered, fifty people have been charged by federal prosecutors.

The Innocent, the Guilty, and the Victims

The main two parties actively participating in the scandal are the parents and the members in charge of college acceptances. Reports claim that most of the students held no knowledge of the illegal actions of their parents. However, a much wider range of individuals have been negatively impacted by this scandal. In particular, many hardworking students have had their spot in the college stolen by privileged, underqualified students whose parents simply abused their money.

After the intensive investigation, the central player in this scandal was discovered to be a man named William Singer. He owned a business called the Edge College & Career Network, which served as college preparation for students. Singer used this network as a cover to smooth the cheating transition process, being the middleman for paying bribes to the college coaches. This process has been kept undercover from 2011 to 2019; it is estimated that about $25 million has been paid to Singer from parents over the course of these eight years. Singer is faced with charges of money laundering, fraud, obstruction of justice, and racketeering. During his testimony, he described his business as such: “If I can make the comparison, there is a front door of getting in where a student just does it on their own, and then there’s a back door where people go to institutional advancement and make large donations, but they’re not guaranteed in, and then I create a side door that guaranteed families to get in. So that was what made it very attractive to so many families, is I created a guarantee.” The appeal of his business is clear. However, the injustice against regular hardworking students who would be better qualified for spots in the colleges cannot be accepted.

Singer’s sentencing was set for June 19th. However, he was released due to a $500,000 bond. The universities involved in the scandal fired the coaches who took bribes or were in any way involved.

Stancil, Will. “Ignorance Was Bliss for the Children of the College-Admissions Scandal.” The Atlantic, Atlantic Media Company, 17 Mar. 2019, www.theatlantic.com/education/archive/2019/03/college-admissions-scandal-kids-didnt-need-know/585055/.