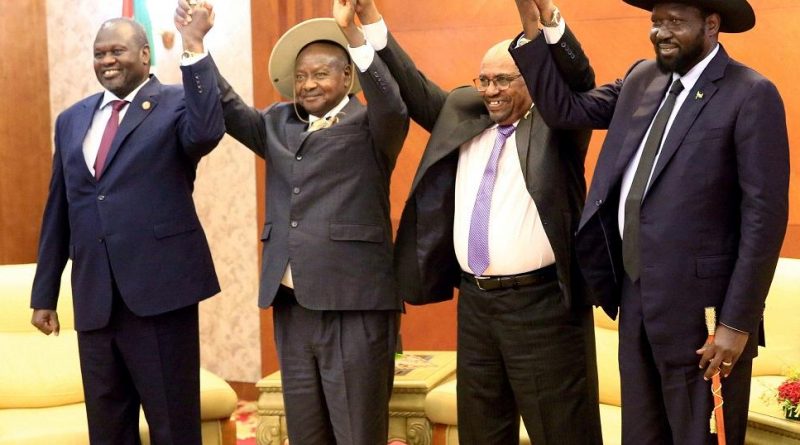 After five years of relentless civil war and countless failed peace agreements, clashing South Sudanese forces finally managed to agree to a precarious ceasefire in September 2018. However, five months into the agreement, South Sudan has yet to meet many of the goals set out in the document and the future of the young country remains unclear. The nation also continues to be plagued with issues such as food insecurity, insufficient health and education services, and general violence.

South Sudan is the world’s newest country, having declared independence from the neighbouring Sudan in July 2011. After over 20 years of conflict, hopes for peace and stability were high, but it was not to last. In 2013, a mere two years after South Sudan’s independence, political conflict broke out between South Sudanese President Salva Kiir, a Dinka, and his then-Vice President Riek Machar, a Nuer.

This reignited old tensions between the Dinka and Nuer ethnic groups, who had been at odds before a ceasefire was instituted in 1999, sparking a civil war between Kiir’s forces and rebel groups loyal to Machar. The country was plunged into chaos, with nearly 400 thousand people killed and millions displaced. Ethnic violence became widespread, and a number of peace agreements were attempted but ultimately failed.

In September 2018, the warring groups signed a fragile peace agreement known as the Revitalised Agreement on the Resolution of the Conflict in the Republic of South Sudan (R-ARCSS). Mediated by neighbouring countries and signed in the Ethiopian capital of Addis Ababa, the R-ARCSS reinstated Machar as the South Sudanese vice president, dividing power between Kiir and the opposition.

Since the signing of the R-ARCSS, there has been a decrease in political violence amongst the signatories of the accord. Opposition leaders can now be seen moving about Juba, the capital of South Sudan, participating in negotiations without being attacked. In addition, displaced South Sudanese are beginning to return home, optimistic about the future of the peace agreement.

However, general violence both within and between communities is still not completely resolved. The United Nations has reported “endemic” sexual violence against women and girls, with most of the attacks apparently by forces yet to join the peace process. Attacks on civilians and abduction still continue in addition to lootings and cattle raiding. Tens of thousands of South Sudanese civilians still depend heavily on humanitarian aid; even disregarding the numerous issues of dependency on aid, the UN has described this aid as “unsustainable”.

Although the political situation has appeared stable during the five months since the agreement, the situation remains fragile. The U.N. has observed that the peace process is behind schedule; there is currently neither a unified national army nor a new constitution completed, both of which are required during the Pre-Transitional Period. The stakes are high, as a failed peace process could mean a continuation of the civil war.

To ameliorate the situation in South Sudan, the Secretary-General has suggested the renewal of the U.N. peacekeeping force in South Sudan. The renewal, lasting one year, would also entail a strengthening of the forces to allow support of the peace process. The U.N. Security Council is to vote on this issue on Thursday, March 14.

Revitalised Agreement on the Resolution of the Conflict in the Republic of South Sudan (R-ARCSS). Intergovernmental Authority on Development, 12 Sep. 2018.