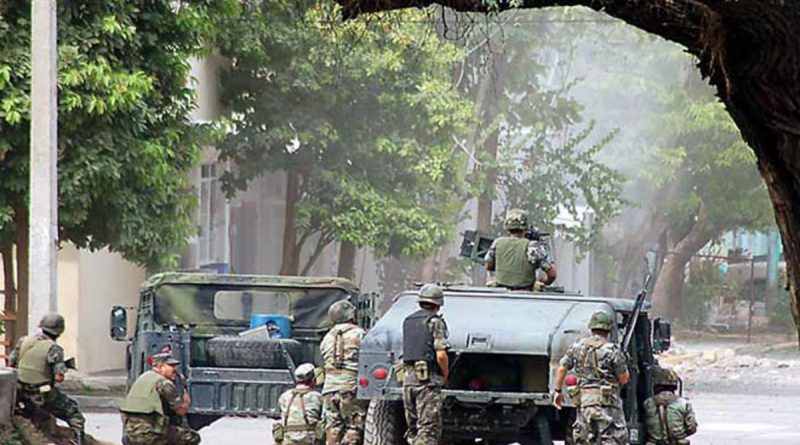 For more than a decade, the Mexican government has been waging war on various drug cartels in what is known as the Mexican Drug War. When the government and military first began to intervene in the drug trafficking, their primary focus was to reduce drug-related violence. However, to this day, the government is met with little success, as thousands of Mexicans die each year due to this conflict, and the large demand in the U.S. for illegal drugs has not been reduced in the last decade. According to the US Drug Enforcement Agency (DEA), drug traffickers in Mexico are the largest suppliers of methamphetamine, cocaine, and heroin to the US as well as leading manufacturers of fentanyl, an opioid hundreds of times more potent than heroin.

As of February 25 2019, drug lord Joaquin “El Chapo” Guzman was found guilty of all 10 charges against him, including engaging in a continuing criminal enterprise and conspiracy to launder narcotics proceeds, after having succeeded in two previous jailbreaks in Mexico. A sentencing date was set for June 25, 2019. Having formerly owned the Sinaloa drug cartel, El Chapo is considered to be the most powerful drug trafficker in the world.

History of the War

In the late 1980s, after Columbian drug trafficking organizations were forcibly split up by the U.S. government, the Mexican border became a major entry point of cocaine entering the U.S., giving the opportunity for Mexican gangs to shift from being couriers of the drug to wholesalers. They gradually took over the highly profitable trafficking of cocaine to the U.S.

Additionally, these gangs were able to gain power by bribing authorities using money earned from drug trafficking, which is estimated to be tens of billions per year.

In 2006, then-president Felipe Calderon launched a militarized crackdown on the drug cartels, promising to end violence and since then, the U.S. has partnered closely with the Mexican government, providing billions of dollars in attempts to aid the situation. However, over 200,000 people have died since then and there seems to be no end to the violence.

The Mexican government has been continuously accused for violations on human rights related to the war. Since 2006 over 37,000 have gone missing with no leads on their whereabouts. Some of the worst violence, as well as corruption, exists in Reynosa, near the Gulf and U.S. border. An example of this violence occurred in 2014 when a group of 43 student protestors disappeared. After investigation, it was found that the mayor directed the police to kidnap the students and give them to a drug cartel. This incident is now known as the Mass Iguala Kidnapping. This case, however, is one of the few of the war that were reported. Most crimes are not published in local journals, as reporters adhere to heavy censoring to keep themselves alive and drug cartels dictate much of the press. One local news director states that “we don’t publish cartel crime news in order to protect our journalists.” A survey taken place in Reynosa showed that more than 90% of residents feel unsafe in the city.