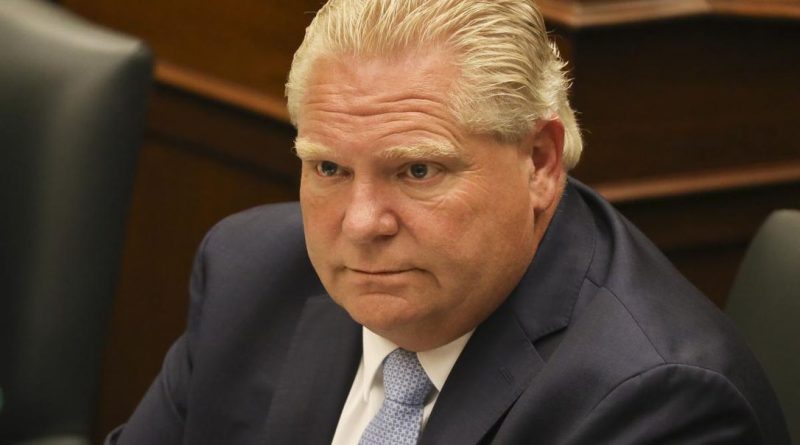 Premier Doug Ford was sworn into office a bit over a month ago after winning the Ontario provincial election with a majority government for his Progressive conservative party. Until the very end, the provincial election was widely regarded as anybody’s game, as none of the major parties seemed to hold a significant edge over the other parties. Doug Ford did not have a clearly defined platform that he ran on at any point during the election, and as a result, everything he is doing now that he is elected comes as a surprise.

Since Premier Ford has a majority government, he doesn’t need the support of any other party than his own to pass legislation. This situation has led to some drastic changes in Ontario that have come in rapid succession. He has cancelled the cap and trade program in Ontario, cancelled green energy projects, launched a constitutional challenge to Prime Minister Trudeau’s federal carbon tax, cut funding to mental health by over 300 million dollars,cut funding to a program that gives free medication to young people, cancelled large parts of Ontario’s social assistance program, and then the subject of this article, he has cut the number of city councilors in the city of Toronto by nearly half. And this is just naming a few of his recent changes.

These recent and drastic steps by the Ford government would be controversial under any other government, but the notable absence of any definable platform being released during the election by Mr. Ford has created additional controversy. Accusations have arisen that all of this government’s actions past, present and future, go against the spirit of democracy. Due to the notable lack of a platform outlining what he would do if elected, the people who elected Doug Ford didn’t really vote and thereby agree with any of his actions. To defend his actions, the premier gas repeatedly said that his actions are in line with sentiments he expressed on the campaign trail and that he spoke with thousands of people and decided on these courses of action as a result.

One of the Doug Ford’s recent actions raises these questions of authority to take action more than the others, and that is his tampering in the Toronto municipal government. Premier Ford has announced that he will reduce the number of city councilors in Toronto from 45 to 25 effective this election. It is already 2 months into the campaign season for this Toronto municipal election. Prior to being elected Premier, Doug Ford was a city councilor in Toronto, and he says that this experience convinced him that change was necessary. He also said that this change was in the spirit of making a smaller government, improving efficiency, and saving money. A petition on the subject has been proposed by mayor John Tory of Toronto, though this idea has been turned down by the premier.