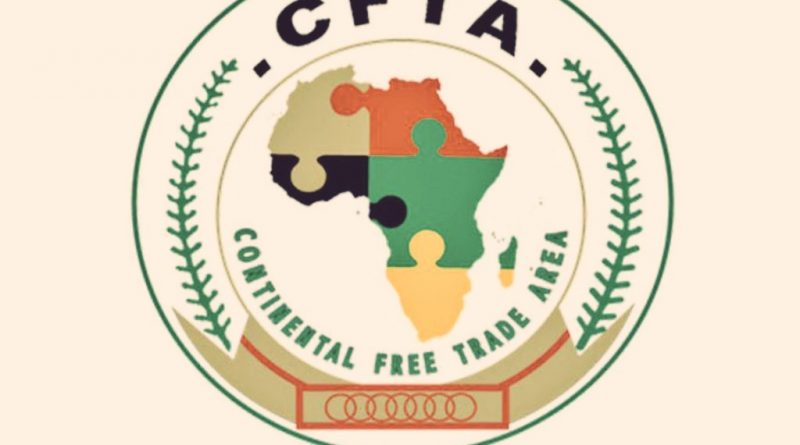 “The speedy entry into force of the [African Continental Free Trade Agreement] is a source of pride for all of us,” said African Union (AU) Commission Chairperson Moussa Faki Mahamat at an AU summit in Niamey, Niger. The African Continental Free Trade Agreement, dubbed the AfCFTA, began its operational phase on July 7. Its goal is to create a pan-African free trade zone, eventually creating a single market and allowing free movement of not only goods, but also of services, labour, and investment. In doing so, the AU hopes to usher in a new era of prosperity by spurring economic growth and promoting economic integration in Africa.

The treaty’s origins can be traced to a series of negotiations beginning in 2015, which culminated in the signing of the Kigali Declaration at the AU Kigali Summit in 2018, laying the groundwork for the AfCFTA. The declaration divided the agreement into Phases I and II, reflecting the stages of integration to be implemented. Phase I negotiations have largely been completed and include protocols on trade of goods and services, as well as dispute resolution. The most important of these required that each nation liberalise (reduce or eliminate) tariffs on 90% of imports from other member economies, thus breaking most barriers to intra-African trade.

Since the Kigali Summit, all 55 AU member states, with the exception of Eritrea, have signed the agreement. The treaty entered into force on May 30, one month after the 27th nation ratified the treaty. July 7 marks the beginning of operation for AfCFTA institutions. Trading under Phase I rules is expected to begin early next year.

Signing: diplomatic representatives of a nation announce the nation’s intention to comply with a treaty

Ratification: a state agrees to its membership in a treaty, usually after parliamentary approval, and agrees to be bound by the treaty’s rules

Phase II negotiations began earlier this year and focus on competition policy, intellectual property, and investment. These negotiations are anticipated to be completed in January 2020.

However, the agreement still faces obstacles, with some Phase I issues yet to be solved. Tariff schedules on goods and services, which are documents issued by each economy to set their tariff amounts, are still under negotiation between nations. In recognition of the wide gaps in development between various African economies, the AfCFTA gives countries the power to negotiate tariff schedules individually, making implementation more difficult. Preferential Rules of Origin, which determine the origin country of a good and grant tariff exemptions, remain undecided, resulting in ambiguity and uncertainty.

Another complicating factor is the existence of eight Regional Economic Communities within the AU. These communities, many of which already have internal tariff exemption rules, will be preserved under the AfCFTA and will be able to negotiate concessions as a bloc. This favours trade within each region, thus limiting African integration as a whole.

In addition, some African nations lack the necessary legal structures to uphold the agreement. Corruption and an absence of the rule of law, in combination with a lack of experience with international trade, mean that some local courts may not be able to make fair judgements in disputes. Some governments also rely heavily on tariffs for revenue and would lose most of it with the AfCFTA.

The ultimate goal of the AfCFTA is to create a single market in which goods, services, labour, and capital can flow freely. Currently, that goal seems distant. Though investment capital is set to be negotiated in Phase II, flow of labour is not even included in the original agreement. The Protocol on Free Movement of Persons, unveiled in tandem with the far more successful Kigali declaration, has only collected 30 signatures. However, these problems should not overshadow the AfCFTA’s contribution to African unity and integration. If its execution is successful, the agreement could be the one to finally transform Africa into a potent economy with competitiveness on the global stage.