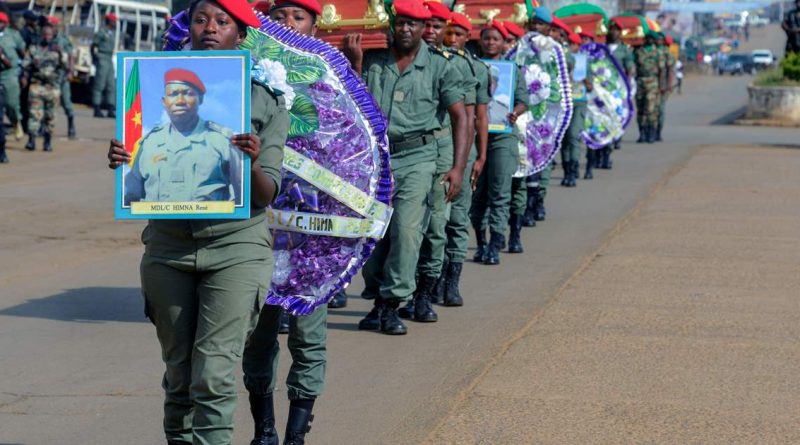 Retaliation of anglophone communities in Cameroon lead to escalating violence

Paul Biya – The president of Cameroon

Cambodia has harbored tensions between the anglophones (English speakers) and francophones (French speakers) ever since the political changes in 1961, which united two territories of separate colonial roots into one country. The anglophones have since been advocating for their independence. In 1984, a group called the Republic of Ambazonia was created to help support their goal of independence and a sovereign nation called Ambazonia (the name refers to the Ambas Bay located in Southern Cameroon). The group was led by Gorji Dinka and numerous English speakers, who unilaterally announced the ‘Republic of Ambazonia.’ This was in response to the decision to change the name of the country from the United Republic of Cameroon to the Republic of Cameroon, passed by their president Paul Biya.

Since 1982, the French-speaking president Paul Biya has been in power. He has been especially intolerant towards the anglophone cause to become independent and ordered a military crackdown to suppress such retaliation. Just a few months ago, as the 2018 election approached, the number of protests and violent demonstrations spiked. The anglophones no longer wanted Biya as their leader. However, on October 7th, 2018 Biya was re-elected and the secessionist movement only worsened. The deputy regional director for West and Central Africa, Samira Daoud voiced her concerns for the country: “With the upcoming elections, we have reason to fear a further upsurge in violence. We may well see an escalation in the number of security incidents and increased activity by armed separatists threatening to disrupt the electoral process at all costs in the anglophone regions.”

The effect of anglophone protests and retaliations have reached not only the soldiers of the security forces, but also many of the everyday citizens in Cameroon. Schools, in particular, have been targeted. A southwest region school located near Buea was attacked by armed men who caused over twenty casualties, including children. Other cases include arson and raids. The reason for such violent measures against schools stems from protests from October 2017, where peaceful protesters were killed by security forces.

The secessionist movement has also begun to advocate for the use of English in anglophone region schools. Members have tried persuading the parents to keep their children at home to boycott the schools and support them.

In response to dangers and violence in the country, many citizens have chosen to relocate to neighbouring countries such as Nigeria. The hundreds of thousands of people trying to leave are halted at checkpoints in the road as soldiers search luggage for weapons. This slow process of escaping and high violence rates have led to even more detrimental effects. It is estimated that 4.3 million citizens in Cameroon need lifesaving assistance—a devastating one in six people. Cameroon is looking at a disastrous crisis that is tearing their country apart. Will they be able to pull through?

160 soldiers of security forces killed since 2016