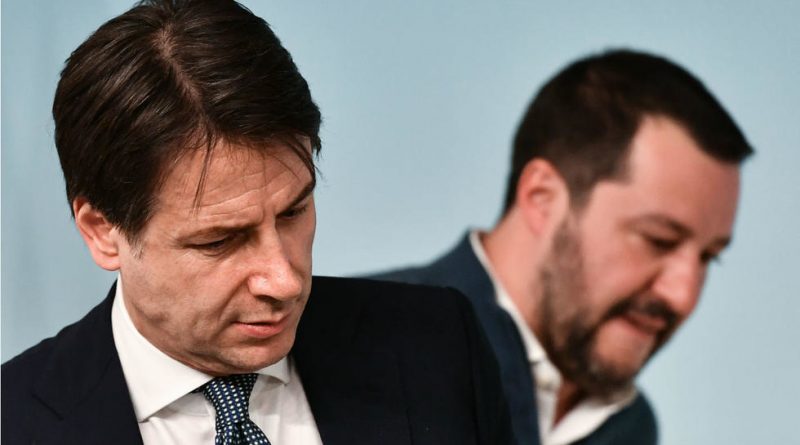 As of the 2019 elections, the centre-right coalition led by Matteo Salvini’s right-wing party Lega (The League) won the most seats at 265 in the Italian government. However, the single party with the largest number of seats (at 227) was Movimento Cinque Stelle (M5S), headed by Luigi Di Maio. In order to avoid a hung parliament, a coalition was formed on June 1, 2018 between the M5S and the League, whose leaders both became deputies in the government led by the M5S-linked, with independent Giuseppe Conte as prime minister. This arrangement alone took three months of persistent discussions. These changes occurred during economic pitfalls, with Italy stagnating  in terms of GDP measure growth. Such economic stressors have impacted the nervousness of the Italian general public.

Matteo Salvini has been attempting to capitalise on his party’s growing popularity; polling precariously in first place at about 38%. Salvini’s party is much weaker in the Italian parliament, taking 17% of the vote in the March 2018 elections and falling third place behind M5S and the centre-left Democratic Party (PD).

Italian Prime Minister Giuseppe Conte resigned August 20th, 2019, amidst the chaotic dissolution of the two-year running populist government. This opened a window of opportunity for Matteo Salvini, the Deputy Prime Minister who has been gunning for the Prime Minister position for months now. During Conte’s resignation speech at the presidential palace—targeted directly towards the Deputy Prime Minister’s dodgy antics—Salvini was found smirking and kissing his rosary beads. Following these actions, many critics accused Salvini of ‘political opportunism’ by exploiting Italy’s fractured political scene through the using the controversy on immigration to further his own campaign. (can you give more examples of why people believe this? has his previous actions implied this?)

Prior to Conte’s resignation, the Italian government had already been destabilized by the months of conflict over the influx of refugees from the middle-east and immigrants across the continents. Largely divided into two factions, the government has struggled to come to a consensus or pass productive bills addressing the subject. As a figurehead of the pro-immigrant movement, Giuseppe Conte spearheaded much of the discussions in favour of more lenient laws allowing for international visitors and migrants—much of which may dissipate under the rule of Matteo Salvini. (what does Salvini advocate for specifically?) Currently, Italy stands on the precipice of dissolution. The future of their government rests on thin strands.