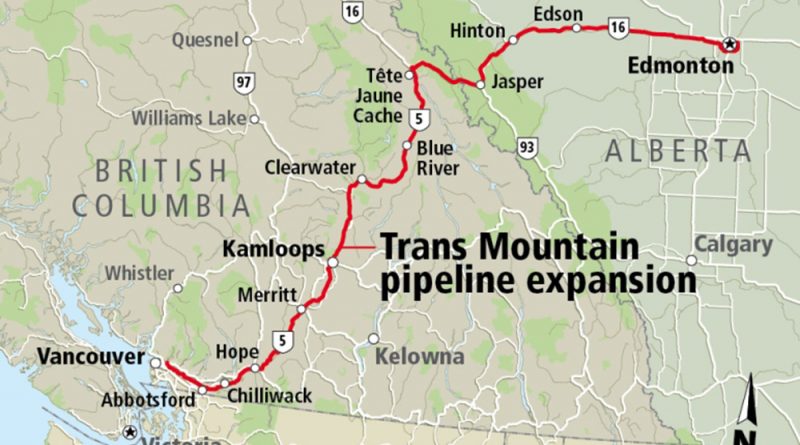 With the workforce mobilized, the pipeline expansion could be finished by mid-2022.

After a convoluted history, the long-disputed Trans Mountain Pipeline Expansion could soon become reality. On August 21st, to a cautiously optimistic crowd in Edmonton, Natural Resources Minister Amarjeet Sohi announced that work would soon begin on the pipeline expansion. The federally-owned Trans Mountain Corporation has given the go-ahead to its contractors to begin construction of the pipeline; if all regulatory permits are approved, work could begin as early as this September. However, the pipeline isn’t totally in the clear yet. Opposition groups, including First Nations and environmental groups, have vowed to continue their fight against the pipeline, both in court and on construction sites.

The pipeline has seen several setbacks during its lifetime. After approval by the Liberal government in 2016, various attempts to block the pipeline by various groups (including the B.C. government) prompted Kinder Morgan to threaten to walk away from the pipeline in May 2018.

In response, the federal government then purchased the pipeline from Kinder Morgan for $4.5 billion. However, an August decision by federal courts quashed the government’s earlier approval, citing insufficient consultation with indigenous groups. Finally, in June 2019, after the government deemed adequate consultation was conducted, the pipeline was re-approved and the resumption of construction seemed likely.

Though the mobilization of construction forces was met with approval from pro-pipeline groups, some accused Trudeau’s Liberals of using the pipeline as political posturing before the October 21st federal election. They point out that the project had been delayed for years by the current administration. The Liberal government’s general anti-pipeline stance was also criticized, with cancelled projects such as Energy East and Northern Gateway being cited.

Alberta Premier Jason Kenney pointed to federal bills such as C-69, which overhauled environmental impact assessment and made it significantly harder to build pipelines. With the advent of these laws, Kenney called the Trans Mountain Pipeline the “only new coastal pipeline for the foreseeable future,” declaring the situation “unacceptable”.

Sohi, the Natural Resources Minister, defended the delays of the pipeline by stating that additional consultation was necessary, both with indigenous peoples and with environmental groups.

The Future of the Expansion

Even with construction approved, opponents of the pipeline haven’t given up. The Union of B.C. Indian Chiefs remains “staunchly opposed” to the expansion. In July, multiple member bands filed court challenges against the pipeline, in response to the federal government’s approval in June. Environmental groups haven’t ruled out civil disobedience, either. Protests, comparable in scale to the Clayoquot Sound protests more than two decades ago, could be seen once again at pipeline construction sites. Given the history of setbacks and the ever-present threat of further delays, it’s no small wonder that pro-pipeline groups are reluctant to celebrate just yet.