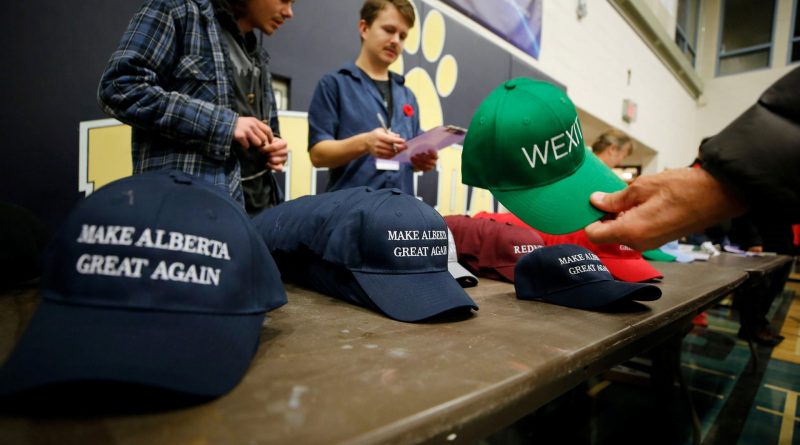 The Rise of Separatism in the West

The Liberal’s win of a minority government in the last federal election did not reflect on the votes cast in Alberta and Saskatchewan, where Conservatives took 47 out of 48 possible seats. In the days after the election, #wexit spiralled onto social media and billboards came up in downtown Edmonton, promoting separatism of the West. However, these feelings of separatism did not spring out of the ballot count, but are instead fueled by the long-term divide between the priorities of the federal government and those of the people in Alberta and Saskatchewan.

Leading up to the election, Alberta had been facing a declining oil industry. Tens of thousands of people were losing their jobs and pipeline discussions were held up against demands for climate action. While the oil and gas industry is certainly a central point of frustration, separatism in the West can be traced back to long before the current government, and largely stems from unwanted “equalization payments.”

The idea behind equalization is that money is collected by the federal government and then redistributed to areas with the greatest need. The wealth from Alberta’s resources has continuously been moved into the East to support provinces such as Ontario and Quebec. Yet many Westerners feel that they are only giving and not receiving anything in return. All this contributes to a political divide shown by the 2019 election and has left citizens in the West wondering whether their vote really counts.

Wexit Canada includes official groups in Alberta, Saskatchewan, BC and Manitoba, though it is primarily focused in Alberta. Peter Downing, an ex-RCMP officer, he is the leader of Wexit Alberta. Wexit has recently applied to become a federal party and is in the process of collecting signatures in each province to establish provincial parties as well. They have put forward a document called “The Plan,” which details their “Plan A” and “Plan B” for each province. Overall, their goal is to peacefully separate from Canada through a referendum organized by either an existing party or, if necessary, a Wexit party.

The Reality of Separatism

If Alberta or the rest of Western Canada did separate from the rest of the country, there would be many factors and issues to consider. To begin with, the act of leaving confederation has many challenges. A referendum must be held, and when Downey wrote to Alberta Premier Jason Kenney asking for one, Kenney refused. There has been a similar lack of support from the current government in other provinces as well. Even if Wexit established their own party, they would need the support of Canadians – and recent polls show that less than 28 percent of Albertans themselves even support Wexit.  In addition, this does not account for the fact that much of the land in Alberta is held under treaties between the First Nations and the federal government. In the words of Lee Crowchild, a past chief of the Tsuuut’ina First Nations, “This movement called Wexit, the Alberta one leaving Canada, is fine, but they’d have to leave the land behind and its resources as well. We didn’t sign those treaties to give them away. That is under the NRTA.”

As an individual country, Alberta or the West would also face many challenges in building up their own government without the benefits of being a part of Canada. Taking into account these numerous hurdles, Wexit’s separation from Canada would be a difficult and unlikely process that most definitely will not be happening any time soon.

Woods, M. (2019). What Is Wexit? We Answer Your Questions About Western Separation. [online] Huffingtonpost.ca. Available at: https://www.huffingtonpost.ca/entry/what-is-wexit-western-separation_ca_5db2317ae4b0b9ba5c48e1dd [Accessed 31 Dec. 2019].

Inc., Postmedia. “What Do Alberta’S FN Think About Wexit? You Might Be Surprised”. National Post, 2019, https://nationalpost.com/news/politics/how-wexit-looks-to-albertas-first-nations-a-lot-of-indigenous-folk-feel-just-as-alienated. Accessed 28 Dec 2019.