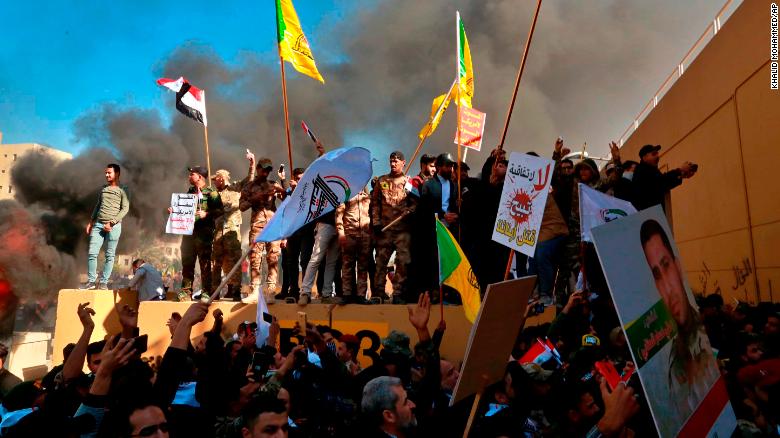 Iraq’s self-declared revolution started quietly. Back in October, objections arose due to Prime Minister Adel Abdul Majdi’s demotion of a popular counter-terrorism chief, Abdel-Wahab al-Saadi. Many youths started to advocate for an end to government corruption and an increase in employment opportunity. This took place in Baghdad, around Tahrir Square, and in southern provinces, where the streets are now filled with chaos and the government’s violent response causes further death and outrage. The protesters have blocked roads and oil facilities, fighting against security forces. Now, the protesters are demanding the resignation of certain government individuals, electoral reforms, removal of parliament and provincial councils, and a new constitution.

David Siddhartha Patel, Associate Director for Research at Brandeis University’s Crown Center for Middle East Studies, voiced his thoughts on this: “The protesters are mostly young – students, unemployed, or underemployed – Iraqis who are dissatisfied with the services and opportunities in the country. They haven’t formally organized, and the protests are not dominated by any particular political groups. It is leaderless, in that sense, and very informal, often groups of friends, schoolmates, and neighborhood groups.”

Iraq’s political corruption stems from the muhasasa system, a party-based unity government where all parties collectively appoint who gets to decide the upper and middle level civil servants. Even senior level positions are controlled, which poses a major issue since senior officials have significant power over employment.

Iraq’s level of corruption can be seen on the Corruption Perceptions Index (CPI) by Transparency International, an indicator measuring corruption in countries across the world. According to the CPI, Iraq’s corruption is off the charts, reaching levels that rival North Korea and South Sudan. A major motive of the protesters is clearly to fight back against this corrupt political system, instead of against just the prime minister or one individual.

One of the protesters’ leading motives is Iraq’s 2005 constitution, which they see as being riddled with issues. The very creation of the constitution was rushed and not transparent. The public views it to have been heavily affected by foreign factors which only increased the dissatisfaction. Consequently, the constitution is seen as a representation of corruption that the protesters now wish to change to better fit the public desire.

Influenced by the increasing level of dissent, The Council of Representatives has agreed to make changes to the constitution within four months. However, the public is still dissatisfied with this act since the short time period is thought to be insufficient for a thorough amendment.

With these actions in play, it is speculated that the rushed amendment will neither meet the constitutional requirements nor be transparent enough for the public. There are also risks of creating a new constitution with the same sense of illegitimacy as before. Only if the amendment truly adheres to the public voice would it mean that the protesters have started to achieve their goal. Until then, the protests currently show no signs of stopping.