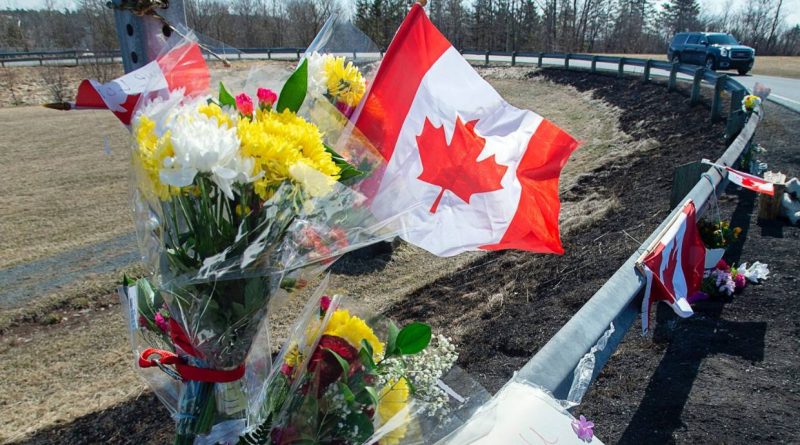 On the night of April 18, Canada experienced its most devastating shooting in the country’s history. The gunner was a dental technician named Gabriel Wortman, someone who was able to avoid the police for over twelve hours as he traveled across Nova Scotia.

The tragedy started when Wortman got into an argument with his girlfriend, who he then handcuffed and assaulted. After he left to start the shooting, she was able to escape and provide authorities with the crucial information they needed to capture him: Wortman was dressed as a police officer and drove a replica police vehicle. The police eventually caught the man at a gas station and shot him  dead, but his twelve hour evasion had already created numerous victims. According to Brenda Lucki, head of the Royal Canadian Mounted Police (RCMP), Wortman started out targeting individuals that he knew personally and later started gunning people down indiscriminately.

The RCMP’s efforts to catch the criminal began as superintendent Darren Campbell described: “We were contacting individuals who we believed could have been on a list or were potentially at risk. We were contacting them, we were bringing them to safety and we were interviewing them at that time.” It wasn’t until twelve hours later that Wortman was shot dead at a gas station fifty miles away from his starting point.

Amid the crisis, trust for the RCMP has seemed to have also plummeted. Security expert and professor Kevin Quigley says that “The RCMP really has to be very open about what happened and they have to get the facts on the table […] they have to convey the concern that they have and show they are learning from this experience and sharing information so we can all be aware of what happened.” This unrest seems to stem from the delayed reaction time of the RCMP and lack of warning for the community members. Other security experts point out that the casualty count could have been reduced significantly if the RCMP had sent out an emergency alert instead of telling residents to stay indoors using Twitter.

In response, Premier Stephen McNeil says that the RCMP was contacted by Nova Scotia’s emergency management office to send the alert, however by then Wortman was already killed. The lack of warning will still be a topic of debate and change in the weeks to come.

The shooting has been a huge shock and time of grief for Nova Scotia. As the survivors and affected individuals began to recollect themselves, the community held an online vigil. The unfortunate timing of the Covid-19 pandemic has restricted possibility for in person vigils, leaving the community to convey their feelings through the digital screen. Tiff Ward, a member of the community that knew many of the victims, said that “everyone’s dropped their work and they’re bringing their very best self too. And we need this. We need a really big light to shine up into the biggest darkness imaginable.”