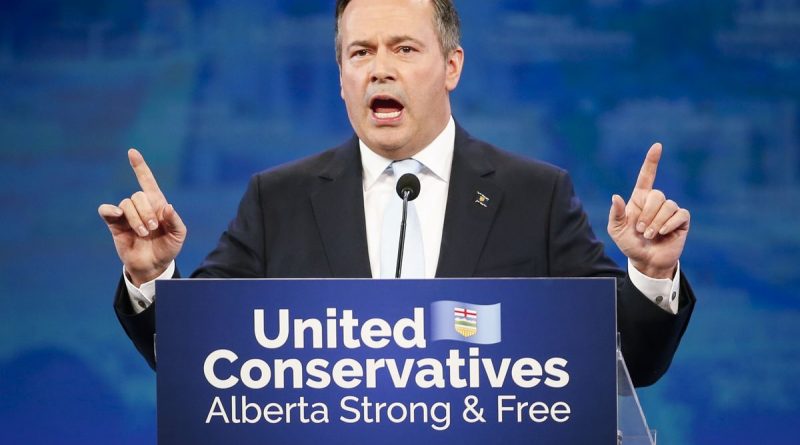 Amidst the economic crisis, Albertans turn to the UCP

Due to Alberta’s inconvenient geographical location, the province is currently forced to store large amounts of oil rather than exporting it, putting it at an enormous trade deficit that has snowballed into an economic crisis. Pipelines would allow it to export more efficiently and improve its economy but are not supported by the federal government and other provinces for environmental reasons.

Alberta’s previous premier, Rachel Notley, cut production in an attempt to raise the price of oil. Following the provincial elections on Tuesday, April 16th, she was replaced by Jason Kenny of the United Conservative Party, who has much wilder promises for Alberta’s future.

Though the results aren’t made public until April 26th, the Elections Alberta tally shows 63 of Alberta’s 87 ridings have been captured by Jason Kenny’s UCP. The other 24 are taken by the NDP, whose popular vote was reduced from 40.6% in 2015 to around 32%.

Kenny has been very critical of Notley’s handling of the oil crisis. He blames what he calls the “Trudeau-Notley alliance” for failing to build new pipelines and for the 180,000 Albertans currently unemployed.

Kenny plans on taking a much firmer stance when it comes to the pipelines. He is ready to launch court challenges against anybody that might come in the way, including environmentalists and the federal government. He also promises to pressure the federal government for reforms to the Employment Insurance program to better help unemployed Albertans, and to fight “foreign-funded special interests” like the David Suzuki Foundation that he accuses of sabotaging Alberta’s economy. In addition, Kenny plans to cancel the provincial carbon tax and to launch a formal court challenge on the federal carbon tax that would automatically replace it.

There is, however, a much simpler solution to all this—to ensure that the Liberals lose in the federal elections this autumn. To do this, Kenny is campaigning for Conservative Leader Andrew Scheer, who promises to repeal the federal carbon tax.

After the NDP’s first and only term in office, Notley and her party are now the opposition. Despite Kenny’s harsh criticism of her, she declares that her government did its best to alleviate the crisis while protecting public services. In addition, she increased health care spending, provided subsidised child care across the province, and built support for the expansion of the Trans Mountain pipelines. (For more information, see the Canada column in Edition 1 of the Blueprint.) She believes Kenny’s approach might set back all the progress made thus far.

There is definitely controversy around Kenny’s election and promises. Notley has remarked on his long history of advocating against same-sex marriage and abortion. There are also allegations surrounding the leadership election and speculations of Kenny running a stalking-horse candidate, which has led to the involvement of the election commissioner and the RCMP.

Kenny’s campaign might undermine much of the effort for environment preservation, but in the midst of the economic crisis, Albertans are getting desperate. For many, having enough money to spend on food and necessities is a much bigger concern than curbing greenhouse gas emissions. And with desperate times comes the rise of leaders like Jason Kenny, who may not offer the best solutions, but a solution that is better than none at all.