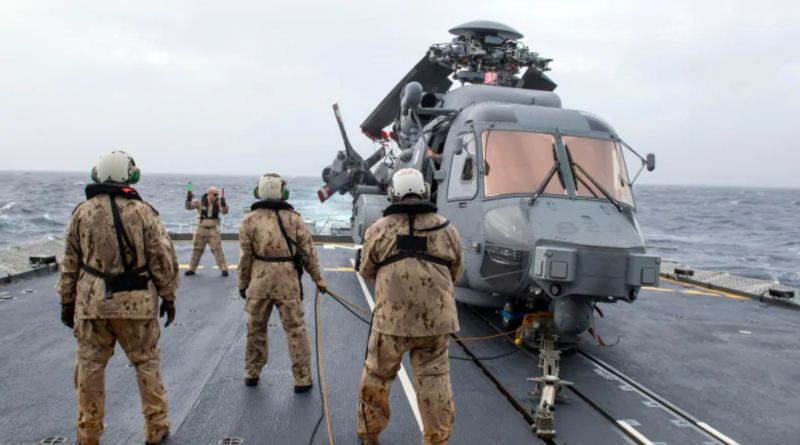 On April 30 local time, six Canadian Armed Forces members lost their lives in an helicopter accident in the Ionian Sea, 80 kilometres off the Greek island of Cephalonia. The CH-148 Cyclone helicopter was within two miles of the HMCS Fredericton, a Halifax-class frigate on which it had been operating, when it unexpectedly plunged into the sea. The victims include:

The accident has left communities across Canada reeling. As the home province of three of the six victims and the home base of the HMCS Fredericton, Nova Scotia, freshly emerging from a devastating bout of gun violence earlier in April, has been hit especially hard.

What were Canadian forces doing in the area?

Canadian forces were participating in Operation Reassurance as members of the Standing NATO Maritime Group 2 (SNMG2), an international task force aimed at strengthening NATO presence in the Mediterranenean and promoting deterrence. 915 Canadian personnel are deployed as part of SNMG2, making it Canada’s largest overseas deployment. The personnel aboard the helicopter were serving a six-month deployment which began in January.

What caused the accident?

Investigators are still unsure as to what caused the helicopter to suddenly plummet. Debris collected from the helicopter’s remains has been sent to Canada’s National Research Council for analysis, and a flight-investigation team is expected to release a preliminary report in the coming weeks. A full report is expected by next year.

Currently, experts are considering two main factors: human error or mechanical failure. According to retired vice-admiral Mark Norman, the two other oft-seen causes of crashes, inclement weather and hostile military action, are unlikely to apply in this situation. However, it remains too early to speculate as to exactly why the helicopter went down, as evidenced by Prime Minister Justin Trudeau’s reiteration that Canadians “will get answers in due course.”

What is the Cyclone helicopter?

The CH-148 Cyclone is Canada’s main ship-borne maritime helicopter, replacing the aging CH-124 Sea King starting in 2015. They play major roles in surface and subsurface surveillance, search and rescue, and transport missions. After suffering from a rocky procurement from American aircraft manufacturer Sikorsky, delivery finally began in 2015, seven years behind schedule. 18 out of 28 helicopters are currently available for use.

What does the future hold for the Cyclone?

The HMCS Fredericton returned to service on May 12, albeit without its Cyclone complement. Immediately after the crash, all Cyclone helicopters were temporarily suspended from operation until officials could determine the cause of the crash. The fate of the machines will remain in limbo unless mechanical failure can be completely ruled out.

HMCS Fredericton Back in Action after Cyclone Crash. The Globe and Mail, https://www.theglobeandmail.com/canada/article-hmcs-fredericton-back-in-action-after-cyclone-crash-2/. Accessed 13 May 2020.