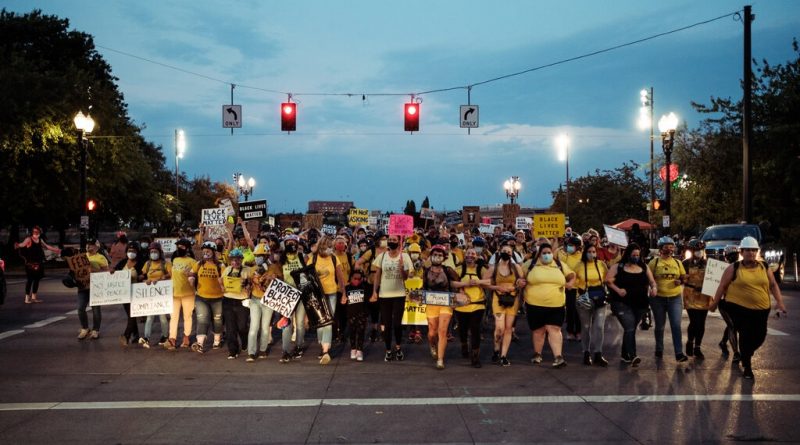 In May, the death of George Floyd became a catalyst for outcry against systemic racism, leading to a multitude of protests across the US. The video of Floyd’s death showed a white police officer pinning Floyd to the ground with a knee on his neck despite the man telling him that he could not breathe. The eventual death following the incident has roused not only unrest with racism, but also police brutality.

Protests were rampant in Portland, the largest city in the state of Oregon, and ran for weeks after. It seemed that the protests were starting to decrease when a second wave hit the city due to the actions of the Trump administration.

Against the wishes of city and state officials, the Trump administration dispatched federal agents to Portland in early July. This action caused immediate unrest as the officers quickly used violence against the protesters, which were mostly peaceful prior to this entry, and roused another wave of protests. The officers have been reported to have used pepper spray, tear gas, crowd control munitions, and detaining protesters in unmarked transports. The violent attempt to quell protests has only elicited more violence from the protestors, typically in the form of property destruction and arson.

The escalated violence led to a critical injury from a protester who was shot in the head with a round of less lethal munition on July 11.

There has been much criticism for the Trump administration’s dispatch of these officers as government documents have revealed shocking information that the officers contained workers who specialised in drug smuggling police work and were not trained in riot control.

On July 13, President Trump returned to Twitter to deliver his response, which was a short: “LAW & ORDER!” He further criticised the governor of Oregon, Kate Brown, for being an anarchist, while praising his officers for their actions. Trump went as far as to say “Portland was totally out of control, and (federal officers) went in, and I guess we have many people right now in jail. We very much quelled it, and if it starts again, we’ll quell it again very easily.” Moving forward, Trump has expressed interests in dispatching more of these officers to other cities, including Detroit, Chicago, and New York.

An agreement of sorts was reached in late July, where the Trump administration agreed to retract federal officers from the city, but only from its downtown. However, a second underlying agreement stated that the Department of Homeland Security would keep its presence in Portland until they deemed it secure. Brown announced that “the federal government has agreed to withdraw federal officers from Portland. They have acted as an occupying force and brought violence.”

However, Homeland Security Secretary Chad Wolf made a different statement: “Our entire law enforcement presence that is currently in Portland yesterday and the previous week will remain Portland until we are assured that the courthouse and other federal facilities will no longer be attacked nightly and set afire.”

The two slightly conflicting statements have sparked confusion and unrest, but the most recent reports  helped to shed more light on the real actions intended for the forces. The Trump administration, according to CNN, planned to have the forces leave Portland in mid-October at earliest. The numerous conflicting statements and actions delivered by the government has only increased tension in Portland as citizens continue monitoring the situation carefully.

“Explained: Why the US City of Portland Is in Turmoil.” The Indian Express, 26 July 2020, https://indianexpress.com/article/explained/portland-protests-black-lives-matter-george-floyd-us-federal-forces-6519360/.