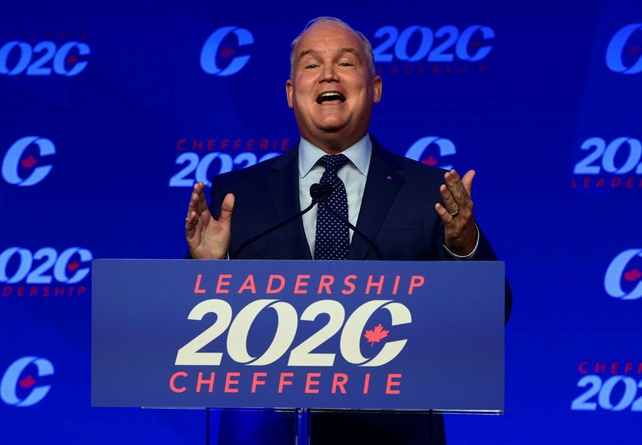 What does this mean for the future of the Conservative Party and Canadian politics?

After damaged ballots delayed results, Erin O’Toole was named the new leader of the Conservative Party of Canada in the wee hours of August 24. O’Toole, an MP for the riding of Durham in Ontario, built his platform on populist ideas to appeal to party members. Before entering politics, O’Toole served in the Royal Canadian Air Force and practised law. First elected as MP in 2012, he became the Minister of Veterans’ Affairs under Stephen Harper’s leadership.

Regarding the pandemic recovery, O’Toole’s platform shares some similarities with the Liberals, such as increasing Canada’s capacity to produce personal protective equipment and winding down the Canada Emergency Response Benefit while extending Employment Insurance. Meanwhile, he plans to confront the shortcomings of Canada’s pandemic response—including long-term care—by assembling a Royal Commission within 100 days of taking office. Furthermore, he vows to cut taxes and implement a plan to balance the federal budget.

In addressing climate change, O’Toole staunchly opposes the federal carbon tax, and he will aim to make the industry pay rather than consumers. Moreover, he promises to revoke the ban on oil tanker traffic along British Columbia’s northern coast.

His policies that have drawn controversy include his stance on protecting the religious rights of healthcare professionals from providing services, such as abortion and conversion therapy, that violate their beliefs. His platform argues that “a mature society like Canada should work on solutions to accommodate all rights.”

In light of the Wet’suwet’en solidarity protests that led to rail blockades earlier this year, O’Toole wants to introduce the “Freedom of Movement Act,” which would turn the blocking of railways, airports, seaports, and entrances to businesses into a criminal offence. According to his platform, this new law would “prevent radicals from shutting down the economy.”

While the four candidates had many similar policies, they still diverged on occasion. MacKay, who came in second, is described to be more socially progressive and stated that Scheer’s stances on social issues were a “stinking albatross” of the party. However, he has also received backlash for his record on transgender issues. Both Leslyn Lewis and Derek Sloan, who came in third and fourth respectively, are socially conservative.

The Process of Electing a New Conservative Leader

In this ranked voting system, each party member has the option to rank up to four people on the ballot based on order of preference. The winner is determined by a points system where the 388 federal ridings in Canada are each given 100 points, and the percentage of the vote a candidate receives in a particular riding translates to the number of points they obtain. A candidate needs 16,901 points to win, however, if no one wins the majority of votes in the first round, the candidate with the least amount of points is eliminated from the ballot, and everyone who voted for that person will be counted for their second choice during the next round. This persists until a candidate wins.

Due to COVID-19, the leadership election was originally scheduled to occur on June 27 but was pushed back. This year, around 269,500 people were eligible to cast a vote—an increase by 10,000 since the leadership election of 2017. Traditionally, these elections have always relied on mail-in ballots for the majority of the votes, as mandated by the constitution, but COVID-19 made them absolutely essential.

O’Toole won the leadership after three rounds. Although MacKay narrowly led the first few rounds, O’Toole gained a considerable amount of points from Lewis voters in the final round, winning by a 57 percent margin with 19,271 points.

After winning the popular vote but finishing 36 seats behind the Liberals in the 2019 federal election, Andrew Scheer announced his resignation as Conservative Party leader on December 12 due to internal conflicts. However, his announcement came right after he was exposed for using money from Conservative donors to pay for four of his children’s private Catholic school tuition. Scheer’s office denied that his misuse of party funds was a reason behind his decision to resign. (For more information, see the Canada column in Edition 64 of the Blueprint.)

Because of the minority government, an election could take place this fall if Trudeau loses his confidence vote in Parliament next month, although political analysts believe that is unlikely. Moving forward, the Conservative Party of Canada begins a new chapter—one that Erin O’Toole hopes to instill with unity.

“A New Conservative Leader Will Be Chosen This Month. Here’s How the Vote Will Work.” Global News, 14 Aug. 2020, https://globalnews.ca/news/7276796/conservative-leadership-vote-explained/.

Ballingall, Alex. “What Kind of Prime Minister Would Erin O’Toole Be? His ‘True-Blue’ Platform Spells It Out.” The Toronto Star, 24 Aug. 2020, https://www.thestar.com/politics/federal/2020/08/24/what-kind-of-prime-minister-would-erin-otoole-be-his-true-blue-platform-spells-it-out.html.

Tasker, John Paul. “The Conservative Leadership Candidates Have a Lot in Common on Policy — and Some Interesting Differences.” CBC News, 18 June 2020, https://www.cbc.ca/news/politics/conservative-leadership-policy-1.5616547.