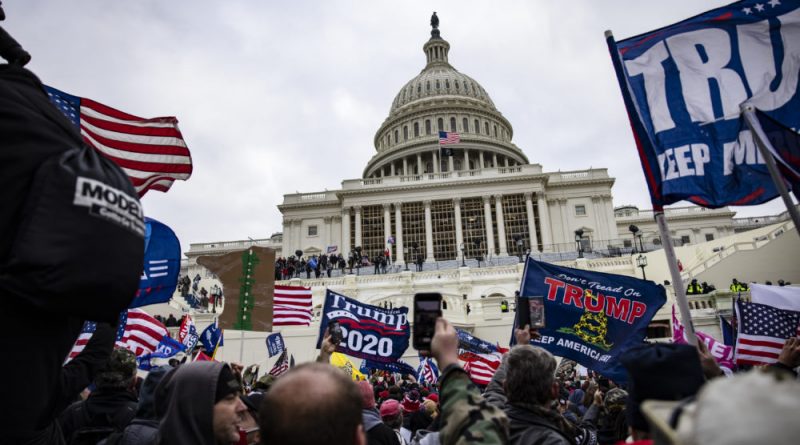 President Trump is the first U.S. President to be impeached twice, but why?

Impeachment is the act of removing the president from their position of power and stripping the remainder of their term. A notable president who has been impeached is Bill Clinton, by the House of Representatives, H. Res 611 but did not leave office.

After an impeachment is approved with a majority vote from Congress, the bill will go on to the Senate, who will then conduct an impeachment trial and decide whether to remove the president from office and whether to bar him or her from ever holding public office again. In the end, it is the Senate’s decision.

Why was Donald Trump Impeached (the first time)?

Donald Trump was impeached by Congress by a bill that was presented to the table by House majority leader and speaker, Nancy Pelosi (D-CA). The majority of Congress voted to impeach Trump.

Donald Trump was accused of an abuse of power, obstruction of Congress, and acceptance of Ukraine’s assistance in the 2020 U.S. Election race. However, on February. 5th, 2020, Donald Trump was acquitted by the Senate, clearing all charges brought against him.

What Caused Donald Trump to be Impeached for the Second Time?

On January 6th, 2021, MAGA supporters started a peaceful protest outside of the United States Capitol building during the joint session of Congress to approve the electoral college votes. However, this traditional and relatively peaceful count turned into an all-out brawl.

Supporters of the president, some who may have been provoked by Trump, raided the Capitol, vandalizing and destroying parts of the building. This included raiding Speaker Pelosi’s office for supporting President-Elect Joe Biden. These domestic terrorists claimed that Trump won the 2020 election (which has been deemed as a false claim by the Supreme Court) and wanted Mike Pence, whose constitutional duty as vice president is to certify the incoming president’s victory, dead.

This was just the tip of the iceberg for Americans as well as politicians as the whole world watched. Some senators who planned to object the election results included Kelly Loeffler (R-GA), Josh Hawley (R-MIS), and Ted Cruz (R-TX). Soon after the attack, Senator Kelly Loeffler withdrew her objection and even the politicians such as Senator Cruz and Senator Hawley condemned the actions of protestors.

The impeachment process was supported by House Speaker Nancy Pelosi and over 208 house democrats. The final tally for this vote was 237 to 197, and Donald Trump was the first president to be impeached twice.

Why Was There Not More Support to Impeach the President?

Although many agreed that Donald Trump committed a crime in inciting violence on January. 6th, 2021, some House Republicans argued that impeaching Trump would delay the peaceful transfer of power from the Trump administration to the Biden administration. Other House Democrats would argue that Trump has committed impeachable offenses and deserves impeachment and a conviction from the Senate. In the end, as we know, the House Democrats won this battle.

What is Next for Donald Trump?

Even though Congress has impeached Trump, there is a long road ahead for the soon-to-be former president of the United States. Since the transition of power to the President Elect Joe Biden is ongoing and he will be inaugurated in 2 days (as of January. 18th, 2021), there really isn’t enough time for the Senate to get together to convict Donald Trump.