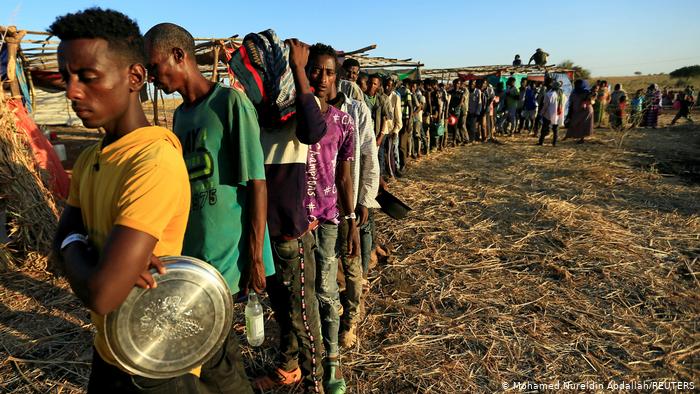 On May 24, 2021, the United States Secretary of State Anthony Blinken announced that sanctions and restrictions would be placed upon Ethiopia to pressure the nation to end the Tigray conflict. He stated that although there had been negotiations between the Ethiopian government and the Tigray People’s Liberation Front (TPLF), they have taken “no meaningful steps” towards achieving peace. Sanctions include the halt of American economic and security aid to Ethiopia as well as introducing American visa restrictions to all those involved in the conflict. The U.S. has also urged Eritrean troops to return to Eritrean territory. Although many of the sanctions apply to all parties, including key actors in Tigray, the United States has exerted the most influence over Ethiopia, who receives a large amount of American aid.

The Tigray conflict is another hurdle in the way of Ethiopia’s path to multi-party democracy. The TPLF used to be the leader of a coalition of ethnically based parties which ruled Ethiopia for over 25 years. However, in December 2019, the Prosperity Party was formed out of a merger of the ruling coalition by Prime Minister Abiy Ahmed to distance the country from the ethnically based parties of before, and the TPLF had refused to join. The TPLF was ousted from federal politics and relocated to the Tigray state in Northern Ethiopia and frequently had disagreements with the federal government. When the Ethiopian government chose to postpone the 2020 Ethiopia general election to 2021, the TPLF saw this as illegitimate and held regional elections in September, which was in turn declared illegal by the Ethiopian government. Armed conflict began on November 4, 2020, when the TPLF attacked the Ethiopian National Defense Force (ENDF) Northern Headquarters in Mekelle. Eritrea, allied with the Ethiopian government and a long-time foe of the TPLF because of their role in the Ethiopian-Eritrean war between 1998 to 2000, provided aid for Ethiopian troops and also sent military support, though they denied the latter. Although Ethiopian government forces recaptured the Tigray capital of Mekelle on November 28, 2020, fighting continues to this day.

Since the beginning of the conflict, the Ethiopian government has heavily restricted access to the Tigray region, affecting media reporters as well as humanitarian organisations from entering the area. The United Nations Office for the Coordination of Humanitarian Affairs (UNOCHA) believes that around 9 million people are at risk because of the conflict, and the restrictions put onto the Tigray region make it difficult for humanitarian organisations to provide aid amid the chaos and destruction of civilian infrastructure. All sides in the Tigray conflict have also been accused of committing atrocities. Already suffering from food shortages, the conflict may exacerbate the problem and the UN warns that it could coincide with a poor harvest and cause widespread starvation. In addition, many refugees from the Tigray have begun to arrive in eastern Sudan, which has begun to stress the infrastructure in the region.

The Ethiopian ministry of foreign affairs has accused the United States of attempting to “meddle” in Ethiopian “internal affairs” and it is unknown whether the sanctions will have a great effect in ending the conflict. Both the Ethiopian federal government and Eritrea seem united over the removal of TPLF leadership. However, international pressure may open the door to increased access of affected populations to humanitarian aid in the Tigray region, and at least reduce the severity of the humanitarian problems caused by the conflict.